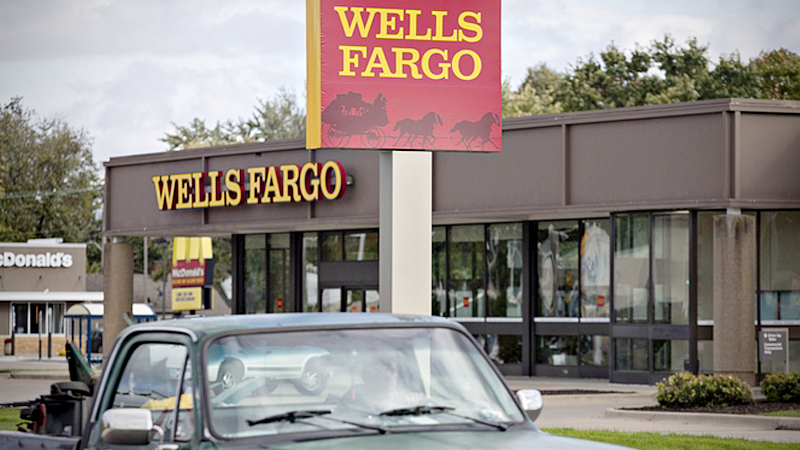 A group of former Wells Fargo executives are facing almost $59 million in fines and bans from the U.S. banking industry over their roles in the firm's scandals as regulators show more appetite to go after individuals.

Former Chief Executive Officer John Stumpf agreed to a $17.5 million penalty and an industry ban, according to an order Thursday from the Office of the Comptroller of the Currency. Carrie Tolstedt, who led Wells Fargo's community bank for a decade, faces a penalty of as much as $25 million.

"The actions announced by the OCC today reinforce the agency's expectations that management and employees of national banks and federal savings associations provide fair access to financial services, treat customers fairly and comply with applicable laws and regulations," Comptroller of the Currency Joseph Otting said in a statement.

Wells Fargo tapped into public and political ire in 2016 with the revelation that bank employees opened millions of potentially fake accounts to meet sales goals. That and a slew of retail-banking issues that subsequently came to light have led to regulatory fallout that's in many cases unprecedented for a major bank, including a growth cap from the Federal Reserve.

This is the first public step the OCC has taken against former executives related to Wells Fargo's problems. Regulators received criticism from some corners over the fact that few individuals and no top executives were held accountable for crisis-era missteps that cost the banks billions in fines and penalties.

Regulatory actions against Wells Fargo have also included billions of dollars in fines and legal costs, and an order giving the OCC the right to remove some of the bank's leaders. The Department of Justice and the Securities and Exchange Commission also have been investigating the lender's issues.

The OCC and the Fed have both cited a wide-ranging pattern of abuses and lapses at Wells Fargo. The OCC drew scrutiny of its own as the firm's main regulator throughout the scandals, prompting an internal review at the agency.