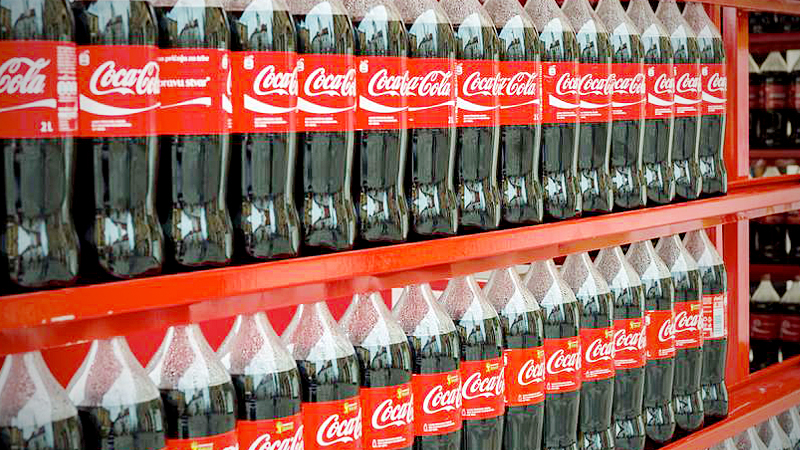 Coca-Cola is shaking off environmentalists' calls to change its packaging, saying there is too much demand for the plastic bottles.

The soft drink giant's head of sustainability, Bea Perez, told the BBC that consumers are fans of plastic-packaged drinks because they're able to reseal their bubbles in lightweight packaging.

Doing away with plastic altogether for glass or aluminum would increase the business's carbon footprint and weaken sales, she told the news outlet.

"So as we change our bottling infrastructure, move into recycling and innovate, we also have to show the consumer what the opportunities are. They will change with us," she said.

The company recognizes that packaging waste is a growing problem and that it has a responsibility to help solve the problem, according to a statement from Coca-Cola.

"All packaging has a potential environmental impact, so it's not as simple as saying one format is better than another," according to a company representative.

Those statements don't quite make sense to environmental activists who want the company to do more than committing to making its packaging 100% recyclable by 2025 and to make bottles with an average of 50% recycled material by 2030.

The company had the highest amount of plastic found along coasts, shorelines and parks, according to 2018 Break Free from Plastic study. PepsiCo, home of Coke's rival, was right behind it, followed by Nestle.

Companies such as Coca-Cola should be figuring out a way to fix the single-use plastic item economy they created, she said, because that move would benefit their bottom line.

"We see big companies like Coke, PepsiCo, Nestle and Unilever talk about wanting to end plastic pollution, but the [solutions] they put forward rely on individual behavior change, and they rely on recycling," she said.

A 2017 Sciences Advances study found that 9% of the world's 6,300 megatons of plastic in 2015 had been recycled while 79% ended up in a landfill or somewhere else in the environment. Researchers said 12% of the plastic was incinerated.

Americans recycle and compost about 35.2% of waste in 2017, according to the latest figures from the United States Environmental Protection Agency. More than half of waste ended up in a landfill.

"We just can't recycle the amount of plastic being produced," Priestland said. "We don't have the infrastructure to deal with quantity."

Plastic can be recycled a limited number of times before it loses its quality, National Geographic reported, but glass and metal don't lessen in value.

Recycling only delays the inevitable fate of plastic, Priestland said.

Coca-Cola's claim that its customers can't part with plastic bottles shows how out of touch the company is with environmental issues, according to a statement by Greenpeace USA plastics campaigner Kate Melges.

"The solution is for Coca-Cola and other consumer goods giants to fundamentally rethink how they're bringing products to people, centering systems of reuse and package-free options," she said. "As long as companies like Coke keep pushing the myth that their bottles are being turned into new bottles over and over again, we are never going to solve the plastic pollution crisis."

The Coca-Cola company is missing the point of what activists truly desire, Priestland said: no plastic waste.

Norway has found a way to recycle 97% of its plastic bottles through its bottle deposit program, in which consumers are charged less than 50 cents.

Consumers can return the bottles to designated stores with machines that can issue a coupon. They also can received store and gas credit, according to Climate Action.

Plastic-bottle producers also benefit from the program by having their environmental taxes waived if they collectively recycle more than 95% of bottles, according to The Guardian.

About 40 countries have similar programs, the BBC reported. Other countries such as Scotland and England have either made plans to implement similar systems or approved studies to have one in place, according to the outlet.

Coca-Cola has introduced refillable water bottles and package-less solutions through its Dasani PureRefill and Freestyle machines that dispense a variety of flavored water or Coke options.

"Breaking away from plastic is the only way that we are going to solve this problem," Priestland said.