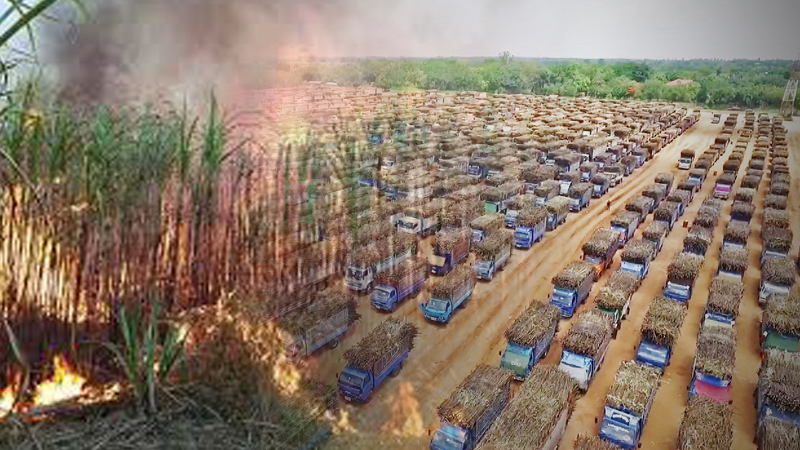 Meanwhile, sugar factories are campaigning to cut raw sugarcane for processing. They have suggested that the government offer funding at low interest rates to farmers to buy harvesters as the prices of the equipment are quite high. They are priced in the range of Bt6 million to Bt12 million. They also urged the government to purchase electricity from biomass power plants as some plants could not sell the power to the Electricity Generating Authority of Thailand (Egat).

“No farmer wants to burn their field but the cost of labour is high. Factories must sign contracts with farmers to help with the harvesting. Factories can encourage farmers by buying raw sugarcane while some sugarcane can be left for generating power,” Sitiwuth said.

“The increase in sugarcane output over the previous year was because there were three new factories,. Also, factories increased the efficiency of their machines, improved sugar extraction as a result cane extraction capacity average is 1.0-1.1 million tonnes per day,” Sitiwuth said. “However, as the impact of drought increases, sugarcane output this year will be lower than 30-40 per cent of the previous year, or only 90 million tonnes. Sugarcane extraction will be less than last year by 3 to 4 million tonnes," said Sitiwuth.