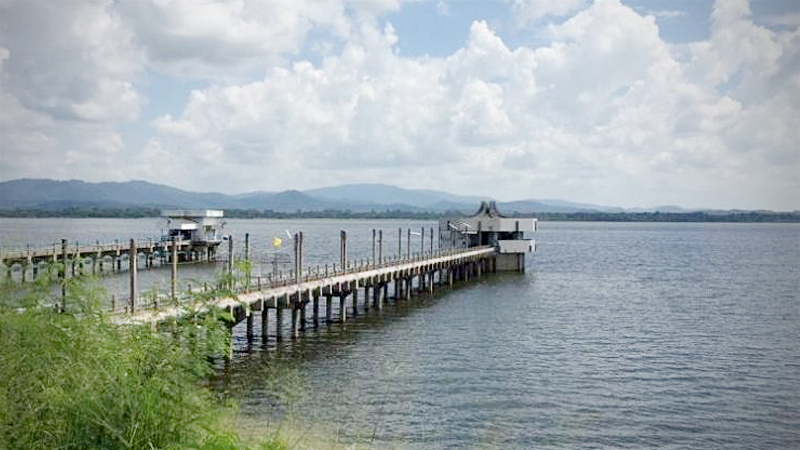 The Eastern Economic Corridor (EEC) currently has enough water for its needs but as people, labour and industrial activity gather pace the demand is seen spiking.

To ensure preparedness, the government has urged sufficient water management to support future growth by looking at the number of reservoirs in the eastern region in order to increase water storage. The government should be campaigning for factories in the EEC area to use technology to improve efficiency of water use and encourage various industrial estates improve their wastewater treatment systems to be able to recycle 50 per cent of water, experts said. That process, combined with the expansion of existing reservoirs, is seen as supplying the EEC area with sufficient water in the future

Jareeporn Jarukornsakul, group chief executive officer at WHA Corp Pcl, recently said that after buying four industrial estates -- logistics, industrial business group, electricity and public utility, and digital business -- WHA sees an opportunity for managing public utility in the estate. However, the heart of public utility is water; the firm that manages water and recycles waste has potential to make a lot of profit. She added that a water crisis was possible in the future and hence new technology for water recycling is needed.

“The company's water business has expanded to serve customers in various factories. It expanded overseas, investing in water companies in Vietnam to produce more than 330 million cubic metres per year and we plan to expand in more businesses. In terms of wastewater treatment, we have coordinated with other estates that lack water management. At the moment, there are more than 70 estates in Thailand, with many sub-estates, for whom it is not worthwhile to manage themselves. We, therefore, go into service in these areas,” said Jareeporn.

Rojana Industrial Park manager Pakin Chonrattanahiran said that even before setting up the industrial estate, Rojana had designed and prepared well-water reserves to meet the needs of every plant and to be able to supply water for at least half a year without rains. It is confident that Rojana’s industrial estates in the eastern region and Ayutthaya province will survive the drought.

However, in order to build confidence for investors who will invest in the EEC in the future, the government should create more reservoirs and expand the current ones in the eastern region. Since the great flood of 2011 to the current drought, investor confidence has been affected as water is an important factor for industry. The government should have clear water management strategies -- from drought to floods -- including publicising for foreign investors. This will help build confidence among foreigners to invest in the EEC.

Viboon Kromadit, executive director and chief marketing officer at Amata Corp Pcl, said that all companies have shown concern after the drought hit the eastern region. Two Amata industrial estates -- Amata City Chonburi and Amata City Rayong -- have back-up measures to deal with the drought for more than 10 years, he said.

Amata has improved the wastewater management system in both industrial estates to recycle all the wastewater from the factories within the industrial estate so that 50 per cent can be recycled, resulting in a significant reduction in water usage, along with reserve ponds with a total capacity of more than 50 million cubic metres. When combined with 50 per cent of recycled water, Amata Industrial Estate is able to handle drought for more than a year and six months, and the estate will no longer be affected by current or future disasters, he said.

Prasit Boondoungprasert, director of CPF, revealed that the severe and ongoing drought was affecting the overall economy of the country. “The company is aware of the importance of water resources, which are the key to the production of agriculture and industry. Water is managed with prudence to maximise benefits throughout the entire production chain according to eco-efficiency guidelines, which help to balance business growth and preserve the ecosystem by reducing the environmental impact at the same time towards the goal of reducing the use of natural water,” he said.

CPF aims to reduce the amount of water used per unit of production by 25 per cent in 2020 and 30 per cent in 2025 and has three sustainable water management ways: assessing water shortage risks on a regular basis according to the principles of Aqueduct, an international water risk assessment agency; reuse of water; distribution of treated water from livestock farms and food processing plants to communities and farmers around the factory to alleviate water shortages, he said.

In 2018 the company had 28 million cubic metres of treated and reused water, accounting for 18 per cent of the total volume of water use.

Trairat Udomsriyo, executive vice president at CP Intertrade, which produces the Khaotrachat rice brand, showed some concern as the drought crisis has affected the overall economy of the country. Many sectors have experienced various problems, especially the Thai agricultural sector. There is not enough water for agriculture while also lacking water for consumption which is the worst drought warning signal in the past decade, Trairat said.

As a private sector, whose business is agricultural products, Trairat said they were concerned about the current drought crisis, so the upstream material development team ​​has closely monitored the situation and assessed it together with a network of member farmers under the Upstream Raw Materials Development Project. The project aims to help rice farmers grow rice correctly according to GAP standards, which has a network of more than 13,108 farmers, covering an area of ​​301,322 rai in the northern, central and eastern regions and coordinating closely to find ways and solutions to the drought.

As for farming, 10 per cent of the farmers under the company’s project have to stop planting for one planting season. The company has found a way to deal with the situation through the concept of “Turning drought crisis into opportunity”.

"Throughout the period, farmers have to stop planting for one season and use the opportunity to adjust the level of land [laser land levelling], joining the project with the Department of Rice. Adjusting the area of ​​the rice field to be levelled will enable farmers to reduce water use in the next planting season by up to 50 per cent,” Trairat said.