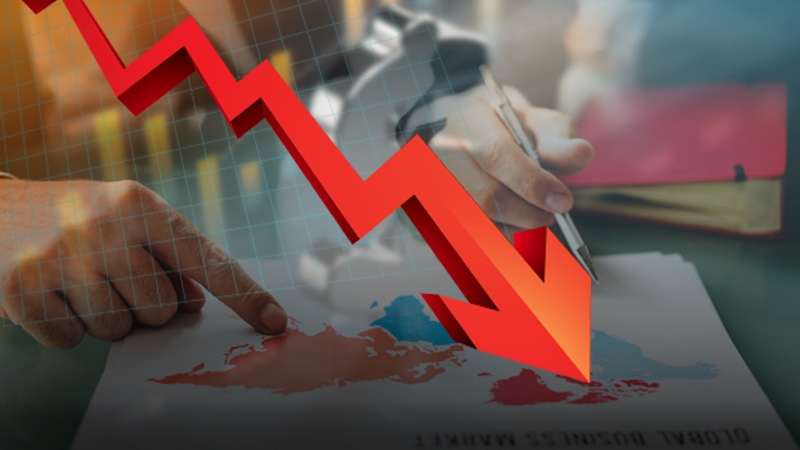 Global markets took a sharp downturn on Monday as investors grew increasingly anxious about the swift spread of the coronavirus beyond China.

"Stock markets are selling off this morning on fears that the coronavirus might be harder to contain than previous viral outbreaks," said Ed Yardeni, president of Yardeni Research. "If the current outbreak turns into a pandemic that significantly disrupts global commerce, the impact would be bad news for the global economy and corporate earnings."

Even as China has moved to sequester its residents during one of the year's busiest travel seasons - Beijing has extended the quarantine to more than 50 million people - the mayor whose city, Wuhan, is the epicenter of the outbreak said 5 million people had already managed to leave.

So far, the coronavirus has infected at least 2,800 people in China and killed 81. Health officials say the virus has the potential to be more deadly than the 2002-2003 SARS outbreak, which killed nearly 800 people and infected more than 8,000.

Separate from public health concerns, the economic impact of coronavirus "will be significant," wrote Michael Farr, president of Farr, Miller & Washington, a D.C. investment firm, in an analyst note. Travel is Asia has already slowed dramatically. And there's concern that supply chains could be disrupted if, for example, the delivery of auto parts or manufacturing grind to a halt.

"In the global economic fabric, China will cause a measurable slowdown," Farr said, cautioning that it's still too early to grasp the virus' precise impact on global GDP.

There have been five confirmed cases in the United States: two in California and one each in Washington state, Arizona and Illinois. Infections have also been confirmed in Canada, France, South Korea, Japan, Nepal, Thailand, Singapore, Vietnam and Taiwan.

Brad McMillan, chief investment officer at Commonwealth Financial Network, wrote in an analyst note that SARS hit growth in China hard before passing relatively quickly. Most of the damage came from consumers staying in and not spending, so growth picked up once shoppers' routines returned to normal.

But even while China's economy, which depends heavily on consumer spending, could suffer, the U.S. is likely to avoid a major blow.

"Over the course of a year, SARS was a nonissue for U.S. investors," McMillan wrote. "Even if this new disease proves to be much worse than it looks at the moment, here in the U.S. the damage will be limited - and should pass quickly."

European markets were all in the red Monday, with the FTSE 100 and the DAX trading down more than 2%. Many Asian markets were closed for the Lunar New Year, but the Japanese Nikkei 225 was trading 2% in the red.

Boeing shares were also down 1.5% off reports that a plane had crashed in central Afghanistan. Reuters reported that three Afghan officials said the plane was operated by Afghanistan's state-owned Ariana Afghan Airlines, but the company's acting chief executive denied those reports.