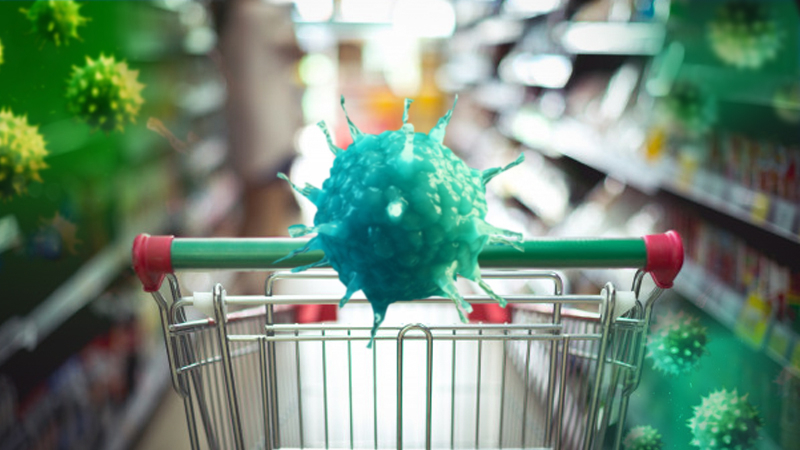 For already-suffering Japanese retailers, the rapidly spreading novel coronavirus could further dent business by keeping away one of their few growing groups of patrons: Chinese shoppers.

China's efforts to control the coronavirus have led to a ban on all tour groups heading overseas, and shut down transportation in multiple large Chinese cities. Limiting the movement of would-be Chinese customers adds to headaches for Japanese consumer goods companies already hit by a political spat with South Korea. An unseasonably warm winter and an increase in sales tax have also dampened domestic consumption.

"We think that consumption was probably weak in the first place," said Jefferies analyst Michael Allen, citing the weather and weak winter bonuses. "This just adds to and compounds the issue."

Faced by an aging population at home, Japan's consumer goods firms have been expanding overseas - with China a bright spot in that expansion. China is not only home to new, growing markets for stores, but also provides a steady stream of tourists visiting Japan and boosting domestic sales.

The shutdown of major Chinese cities during the usually lucrative Lunar New Year holiday could also affect Japanese businesses that have a footprint in China. Companies such as Fast Retailing Co.'s Uniqlo, cosmetics giant Shiseido Co. and Muji owner Ryohin Keikaku Co. have all built up Chinese operations that make up a sizable proportion of sales.

Shares of Japanese retailers, cosmetics makers and operators of hotels and tourist attractions fell across the board in Tokyo on Monday, the first trading session since the tour ban was announced. The benchmark Topix index fell 1.6%, the biggest daily slide since October.

Fast Retailing closed down 5.7% in Tokyo on Monday, the biggest drop in 18 months, while Shiseido fell 5.5%. Both firms got almost 20% of revenue from China in their most recent fiscal year, according to Bloomberg data, figures which don't account for goods sold in Japan to Chinese tourists.

Tokyo Disney Resort operator Oriental Land Co., a key beneficiary of the surge in inbound tourism, plunged 7.8%, its worst decline in five years. In addition to the chill surrounding tourism, it was also hit by a local media report that it will announce a profit drop due to bad weather in 2019. Its largest shareholder, train operator Keisei Electric Railway Co., slumped 6.2%.

It's not yet clear how long the coronavirus' impact will last, and it's likely to be a temporary hit that Japanese retailers can bounce back from, Allen said. Some retailers such as drugstores could even benefit from the coronavirus as people scramble to buy masks and medicine.

About 50 of Uniqlo's 750 shops in mainland China were temporarily closed as of Monday morning, a Fast Retailing spokeswoman said. A Shiseido spokesman said the company wasn't sure of the extent of the impact of travel restrictions within China on its business, but was aware that many shops carrying the company's goods were closed in Wuhan.

Aeon Co., Japan's largest supermarket operator, expects sales from Wuhan area stores to be halved due to the impact of the virus, according to spokesman Makoto Sueyoshi. Aeon closed the three malls it operates in Wuhan, but its five general supermarkets continued to operate on a limited basis to sell daily goods and food. Furniture retailer Nitori Holdings Co. temporarily closed seven stores in Wuhan, and shortened some store hours in other areas including Shanghai and Suzhou, spokeswoman Haruna Muramatsu said.

In Tokyo's hubs over the weekend, the most immediate impact was seen in bulk-buying of face masks. Overseas shoppers were seen buying masks in bulk in the tourist hotspot of Asakusa, while a post office in Shinjuku was filled with tourists sending masks overseas. Nonetheless, Shibuya's iconic Scramble Crossing seemed as crowded with visitors as ever.

"People will come back," said Allen. "The main uncertainty is how long this will last, and markets hate uncertainty."