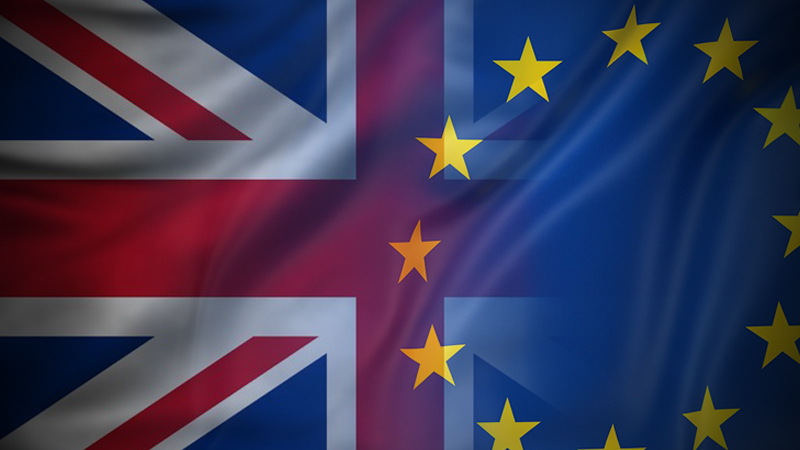 LONDON - Brexit Day, or "Exit Day" as Prime Minister Boris Johnson would have it, is nearly upon us. On Friday, Britain will officially leave the European Union, after more than four decades with the closest of ties.

What will change? Nothing! At least, at first.

For the rest of 2020, free trade and free movement between the United Kingdom and the EU will continue. Britain will still contribute to the EU budget. And it will still have to abide by EU laws - even though British members of the European Parliament will have packed their bags and lost their say in how those laws are determined.

The biggest jolt to British politics in a generation won't be felt by most until the end of an 11-month transition period. That's when everyone will see a profound change to Britain's relationship with Europe and the world. And there's still lots that needs sorting between now and then. Here's what's on the to-do list.

It's all about cod.

British fishing folk, and the folks who love them, have been banging on for years about rapacious Irish, French and Danish fleets over-exploiting rich British waters.

Fisheries account for a tiny percent - a mere minnow - of Britain's gross domestic product and employ just 24,000 people. But the issue is highly emotional, stirring up nationalist fervor.

Johnson has vowed that Britain will - no matter what else - reclaim its "spectacular maritime wealth."

During the transition period, Britain will remain in the EU's custom union and single market, but after that, everything is up for grabs.

Brexit Secretary Stephen Barclay has declared that the U.K. wants a "zero tariff, zero quota" trade pact with the EU by the end of the year.

But the new president of the European Commission, Ursula von der Leyen, has warned - in a very friendly, very warm, very public way - that it is almost certainly "impossible" for the two sides to complete a comprehensive agreement within this "very tight" schedule. She suggested that Johnson will have to ask for a delay. Or accept a partial deal - and keep talking.

The prime minister insists he will walk away if his deadlines are blown and head (again) for the dreaded cliff edge of a no-deal departure. Not everyone believes this.

Once the U.K. is officially out of the EU, it can start to negotiate with countries that don't already have trade deals with the EU. At the top of that list is the United States.

President Donald Trump, a fan of Brexit, has promised a "massive" deal." Both sides have said they want to hammer something out quickly. But there could be stumbling blocks, including over drug prices and taxes on big tech companies.

Believe it or not, this is a big thing. Bigger than cod.

To have easy, free trade of agricultural goods, Europe is pressing Britain remain aligned with EU rules on food safety and animal welfare. But that puts Britain on a collision course with the United States and its relatively lax regulations on industrial farming. American food processors rinse their poultry in a chlorine bath and shoot up their beef with antibiotics - both no-nos in Europe.

Whether Johnson will bow to the Americans on "chlorinated chicken" and on allowing U.S. pharmaceutical companies access to the U.K. health service market were both points of contention in last month's general election. Brits will be watching what he does.

As Britain goes its own way, it will effectively withdraw from hundreds of pacts signed between the EU and the rest of the world.

The Financial Times counted more than 750 treaties "running to hundreds of thousands of pages and spanning 168 non-EU countries. Within them are covered almost every external function of a modern economy, from flying planes to America and trading sows with Iceland to fishing in far-flung seas."

Johnson's government has said most of these treaties will be quickly dispatched with a few added lines of text and rubber-stamped by the sides.

In any case, Britain will need lots of ink.

Britain will begin introducing spiffy new passports - blue, like the good old days - early this year. By mid-2020, all new British passports will be blue.

But they won't have that "European Union" stamp on the front cover, which allows the 500 million citizens of the bloc to travel effortlessly across the 28-member nations.

Free movement will continue through the transition period. Londoners can still freely move to Lisbon, Berliners can take jobs in Birmingham. But EU citizens living in Britain must apply for residency rights by June 2021 - or they will be in the country illegally.

Johnson will soon unveil a post-Brexit immigration plan, which is expected to be something akin to Australia's point-based scheme. Immigration was a huge driver in the 2016 EU referendum, with Brexiteers promising to "take back control" of Britain's borders. Johnson will want to say he's achieved that goal.