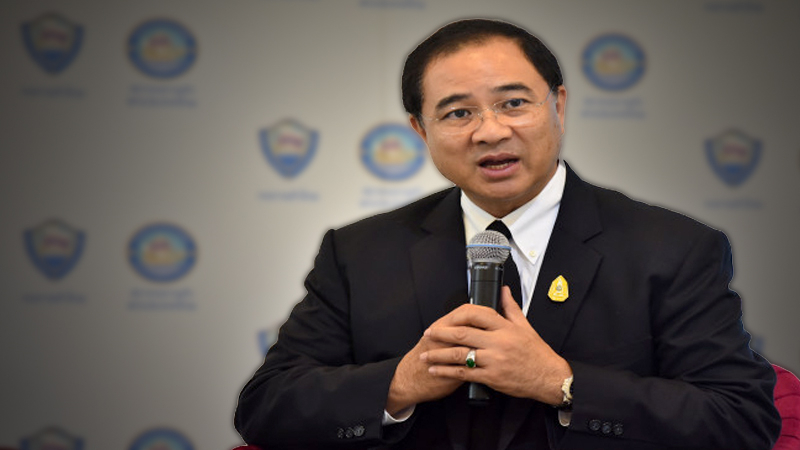 The Joint Standing Committee on Commerce, Industry and Banking has considered lowering its forecast for economic growth this year due to the impact of the coronavirus, Thai Chamber of Commerce president Kalin Sarasin said this week.

The forecast currently stands at 2.5-3 per cent.

But Kalin believes Chinese travellers will be back to Thailand once the virus outbreak that originated in central Wuhan is contained.

Speaking at a separate event on Wednesday (January 29), Deputy Prime Minister Somkid Jatusripitak said he wants the Finance Ministry to seek measures to encourage Thais to travel to offset the plunge in Chinese visitors due to the outbreak. He said it was one possible way of cushioning the blow to the Thai economy.

The Council of the Economic Ministers will discuss the virus’ impact on tourism on January 31, said Kobsak Pootrakool, deputy secretary-general for political affairs to the prime minister.

They will also consider a private-sector proposal that tourism-related businesses be allowed to postpone their tax payment by six months, he said.

Thanawat Phonvichai, president of the University of the Thai Chamber of Commerce, earlier predicted that the coronavirus outbreak, if it continues into March, could cost the Thai tourism industry between Bt80 billion and Bt100 billion, or between 0.5 and 0.7 percentage points of national GDP.

He based his calculation on one million Chinese arrivals in Thailand per month, each person spending on average Bt50,000.

The virus has collapsed arrival numbers since the Chinese government banned overseas group tours and is hurting airlines, hotels and resorts and souvenir sales.