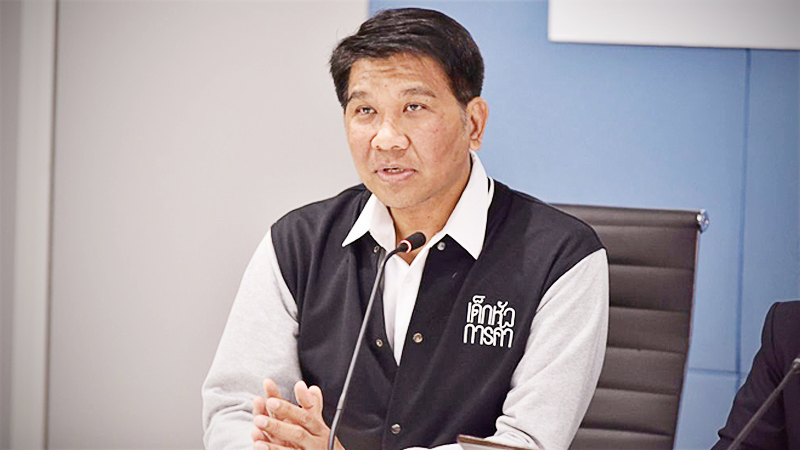 UTCC president Thanavath Phonvichai said this week that the centre had evaluated the effects on the Thai economy of the coronavirus outbreak -- which affects the tourism sector and also the demand for Thai goods -- the ongoing drought, the PM2.5 dust crisis and the delay in the 2020 budget disbursement.

The centre, however, has not yet revised down its forecast for Thai economic growth this year from 2.8 per cent, as it was waiting to see if the government’s current and upcoming remedial measures could successfully ameliorate the problems.

The centre estimated that in case the coronavirus outbreak could be contained by March, the number of tourist arrivals in Thailand would be lower by 2.41 million, of which 1.84 million would be Chinese. This will cost the Thai economy about Bt117.3 billion.

If the epidemic prolongs till May, it will cost Thailand Bt189.2 billion.The outbreak in China is predicted to pull China’s economic growth this year below the current forecast of 5.9 per cent. Its slowing economy will result in a decline in the global economy, which will affect the demand of Thai goods accordingly.

In the case of budget disbursement, which should have been released last October, if the disbursement begins in April, will cost the gross domestic product (GDP) Bt77.5 billion. If the disbursement starts as late as June, it will hurt GDP by around Bt167 billion.

The PM2.5 dust pollution, if not at a serious level for more than two weeks, will affect GDP by Bt3.8 billion. If the situation prevails for not more than one month, it will cost Bt6.2 billion, according to UTCC's estimates.