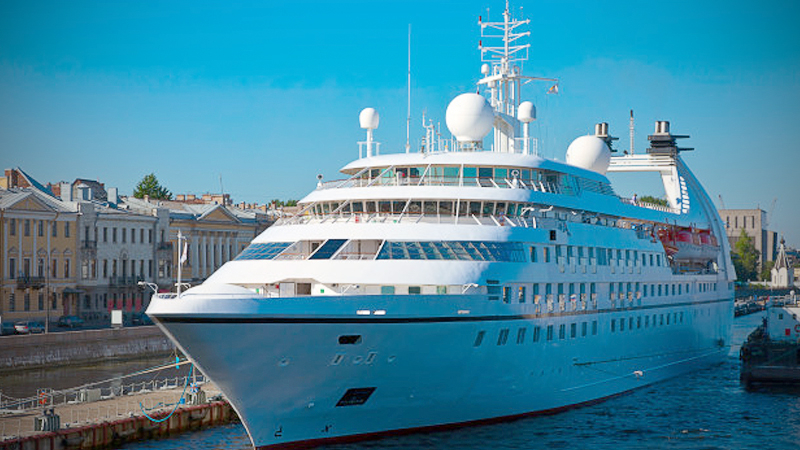 Cruise lines are putting strict measures in place amid concerns about the new coronavirus, including preventing anyone who has been in mainland China over the previous 14 days from getting on board.

The cruise industry's trade association said late Thursday that its members - which include the world's largest operators - had suspended crew movements from China and would deny boarding to any crew member or guest who traveled from or through the mainland during the prior two weeks.

The new restrictions came as 6,000 people were prevented from leaving a ship in the waters off Italy for hours Thursday as health authorities awaited test results for two passengers from Hong Kong. They ultimately were shown to have the flu, not coronavirus.

Passengers can be screened a number of ways, including questionnaires and checks of their travel documents to show where they have recently visited. Some cruise lines will also put mandatory health screening measures in place for some or all guests before they board.

The restriction will be in place "pending further guidance from global health authorities regarding the status of the outbreak," said Bari Golin-Blaugrund, a spokeswoman for the Cruise Lines International Association, in an email.

This isn't the first time cruise operators have issued temporary rules preventing some passengers from boarding. In 2014, during the Ebola outbreak, member cruise lines did not allow passengers or crew to get on ships if they had visited any of the countries that were given a Level 3 Travel Warning by the Centers for Disease Control and Prevention.

That included Guinea, Sierra Leone and Liberia - not countries that are major markets for cruise travel. China, on the other hand, has been a growing source of passengers for global cruise lines. In 2018, according to CLIA, nearly 2.2 million people from mainland China, Hong Kong and Taiwan took a cruise.

China has that same Level 3 designation from the CDC now, and the U.S. State Department raised its travel advisory for China late Thursday to warn citizens not to travel there. Also on Thursday, the World Health Organization declared the outbreak to be a "public health emergency." Nearly 10,000 cases of the virus have been confirmed, most of them in China, and more than 200 people have died.

Golin-Blaugrund said that to CLIA's knowledge, its member cruise lines have suspended sailings to and from mainland China.

Some operators have announced measures that go beyond those that the association laid out.

MSC Cruises, which is based in Geneva but has ships sailing around the world, said Thursday that no one who had traveled from mainland China or visited the country in the past 30 days would be allowed to board a ship and that all guests and crew would have to undergo thermal scans before getting on any ship.

Anyone with signs of illness, including chills, cough, difficulty breathing or a fever of 100.4 degrees or higher, will not be allowed on board. Passengers who come down with fevers during a cruise, as well as close contacts and crew members who served them, will be isolated in their cabins, MSC said.

Royal Caribbean Cruises, whose lines include Royal Caribbean International, Celebrity Cruises, Azamara Club Cruises and Silversea Cruises, has canceled all China and Hong Kong voyages through mid-February. The company said Thursday that all ships in its fleet would adopt health screening measures "until further notice." They include denying boarding to anyone who traveled from or through mainland China or Hong Kong over the past 15 days.

Special health screening will be mandatory for: anyone who has been in contact with people who traveled from or through China or Hong Kong over the previous 15 days; anyone who holds a passport from China or Hong Kong, regardless of when they were last there; or those who say they don't feel well, or show any flulike symptoms. Anyone with a fever or low blood oxygen will not be allowed on a ship.

"These steps are intentionally conservative, and we apologize that they will inconvenience some of our guests," the cruise company said in a statement.

Colleen McDaniel, editor in chief of Cruise Critic, said in an email that cruise lines have always had regular policies in place to check for illness as passengers are boarding and prevent those who are sick from getting on a ship with hundreds, or thousands, of other people.

"But that's on a case-by-case basis," she said. "This wider-spread policy to deny boarding to those who have been in a particular destination is unusual, but it reflects the concern from passengers and caution from the industry."