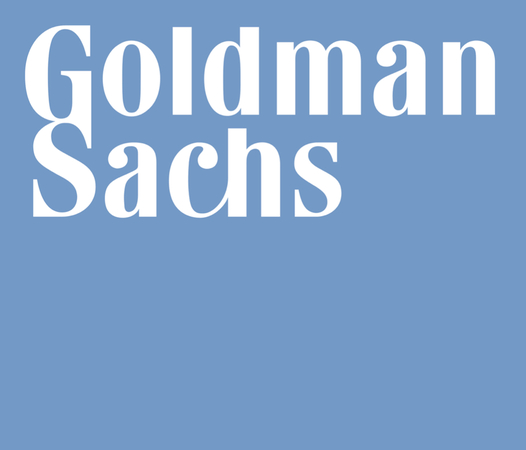 Wall Street titans have come to dominate London finance. Now they have the most at stake as they face Brexit's final reckoning -- and with less influence than they are accustomed to.

Banks such as Goldman Sachs and JPMorgan Chase use London as their base for doing business with European Union clients. Now, they are torn between the impulse to keep a big presence in the financial hub and their frustration at the U.K.'s go-it-alone approach.

The big U.S. banks have been regularly meeting with officials from the U.K. Treasury to emphasize the importance of winning so-called equivalence from the EU, which would allow them to largely keep their current structure, according to half a dozen bankers who spoke on condition of anonymity. But the U.K. government has expressed determination to forge its own path.

At a dinner hosted by BlackRock at the World Economic Forum in Davos, Switzerland, Chancellor Sajid Javid said he was prepared to diverge from EU financial services rules, according to people present who asked not to be named discussing a private meeting. Bankers at the event included HSBC Holdings chairman Mark Tucker and Douglas Flint, chairman of Standard Life Aberdeen. Both firms and Blackrock declined to comment on the dinner.

U.S. firms have for decades ridden the gravy train of trade with Europe via London, which is also the world's hub for the $6.6 trillion-per-day currency market and the quadrillion dollar swaps market, among others. They increased their share of total Europe, Middle East and Africa investment bank revenue to 53% by the third quarter of 2019, up from 44% six years ago, while their European peers' share fell to 47%, according to data from Coalition Development.

Britain has long been a host for global capital. According to 2015 figures from the Prudential Regulation Authority, foreign banks oversee almost half of all banking assets in the U.K.

"U.S. headquartered banks that use London as their Europe hub are most concerned" about Brexit, said Sebastian Barling, financial regulation partner at Linklaters. "Ideally they want to keep London as their main base and that works with a good long term equivalence determination."

One bank boss, who spoke anonymously, said that London is fast becoming one of the worst places to do business, given its regulatory regime. Some continental governments have been aggressively wooing American firms that currently ply their trade in London with tax breaks and speedy broker-dealer licenses, he said.

The U.S. banks are pushing the U.K. authorities for a much closer union with Europe, said two of the people familiar with the discussions. Some bankers aren't seeing the progress they had hoped for. One U.S. bank chief who spoke on condition of anonymity said his firm could move hundreds more jobs to the EU and elsewhere, where governments are more welcoming. The U.S. banks are also telling U.K. officials that they will shift more assets to the 27-nation bloc if Downing Street's hard-line stance continues, said one of the people briefed on the discussions.

"Equivalence remains a very important mechanism by which EU clients would be able to access the London capital markets," said James Bardrick, CEO of Citigroup's U.K. business. "We have been a long time supporter of the highest possible level of market access, supported by strong regulatory and supervisory cooperation which looks to minimize the differences in rules between jurisdictions."

For many British banks, however, the cross-border implications of Brexit are less important. Antonio Horta-Osorio, who runs Britain's largest mortgage lender Lloyds Banking Group, said in a Bloomberg interview at Davos that Brexit doesn't change much for his business, which is largely domestic.

U.K. banks have seen their influence in the City of London fade since the 2008 financial crisis when they largely gave up investment banking. Notable exceptions include Barclays, which is committed to building a transatlantic service, and the Asian ambitions of HSBC Holdings and Standard Chartered.

"We urge the government to enable the U.K. to remain a competitive and attractive place in which and from which financial services firms conduct their various businesses," said Stephen Jones, chief executive of U.K. Finance.

U.S. banks, who successfully lobbied for tax cuts from the Trump administration, were among the biggest benefactors to the Remain campaign ahead of the 2016 referendum on Britain's membership of the European Union. With the vote lost, much of their business with EU clients will now depend on whether London is granted equivalence.

Equivalence is a byzantine process that involves the EU making about 40 decisions this year. It will rule on how much equity, fixed-income and other investment banking business can still serve EU clients from a London office.

These decisions are formally based on whether both sides' rules match. However, they are made by politicians with no obligation to maintain close ties with the U.K.'s finance industry. Prime Minister Boris Johnson, who has set a deadline of year-end to have a wider Brexit accord in place, could also bring in equivalence as a bargaining tool.

Meanwhile, the U.S. banks are wasting no time hedging their bets. JPMorgan this month unveiled new office space in the heart of Paris to house as many as 450 employees. BofA is nearing the end of a plan to move hundreds of staff to the French capital.