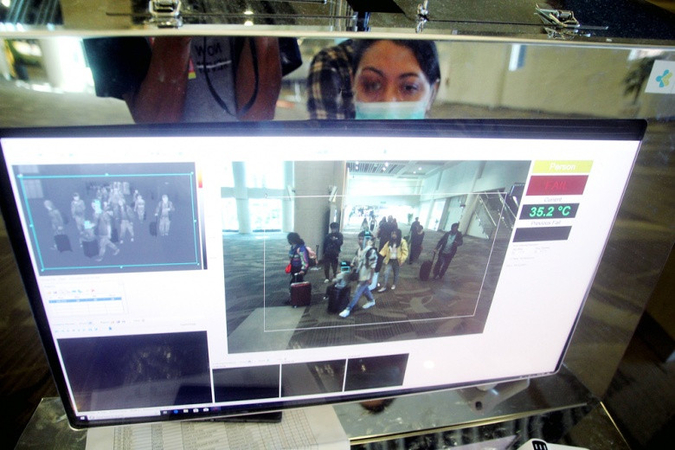 Checking on arrival: Passengers are required to pass a thermal scanner as they arrive in Ngurah Rai Airport in Denpasar, Bali. The mandatory check is among of the government’s efforts to fight a new coronavirus outbreak. (JP/Zul Trio Anggono)

A total of 16.1 million foreign tourists visited Indonesia throughout 2019, falling short of the government’s target of attracting 20 million tourists, Statistics Indonesia (BPS) announced on Monday, warning that the coronavirus outbreak could cloud the outlook this year.

The figure reflects a sluggish 1.88 percent growth in tourist arrivals from 2018, which recorded 15.81 million individuals entering the country, because of a significant surge in tourist arrivals in the summer season, which lasted between June and August, according to BPS data.

“We still have work to attract more foreign tourists to come into Indonesia,” said BPS head Suhariyanto during a press conference in Jakarta. The agency recorded a contraction of 2.03 percent of foreign arrivals in December last year, which saw 1.37 million foreign tourists.

Suhariyanto said that Ngurah Rai Airport in Bali and Soekarno-Hatta International Airport in Jakarta saw the most foreign arrivals in 2019, recording 6.23 million and 2.41 million, respectively.

Suhariyanto said Malaysia sent the most tourists to Indonesia, followed by Singapore and China in 2019.

“However, the coronavirus outbreak in China will no doubt lower foreign arrivals from China to Indonesia this year,” said Suhariyanto.

As of Monday, the coronavirus had killed 362, all but one in China, and had infected nearly 17,392 globally, surpassing infections caused by Severe Acute Respiratory Syndrome (SARS), the result of another strain of coronavirus that originated in China in 2003.

The Indonesian government declared on Sunday that it would ban all travel to and from China to prevent the spread of the deadly and highly contagious coronavirus.

The ban, which took effect at 12 a.m. on Monday, prevents visitors who have stayed in China for 14 days or more from visiting or transiting in Indonesia. The government will suspend visa-free and visa-on-arrival provisions for Chinese citizens.