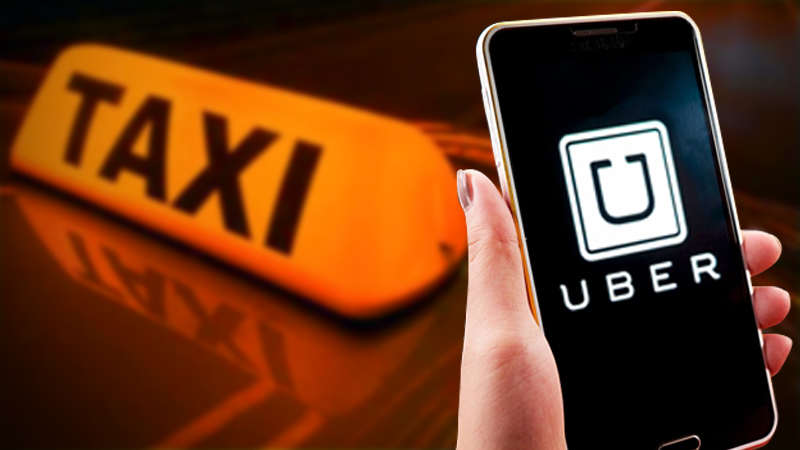 An Arizona-based CEO has been fired from the company he founded after video surfaced of him calling a black Uber driver a racial slur during a trip Friday night.

Hans Berglund, 71, has been replaced with an interim chief executive by his agricultural-product company, Agroplasma, for calling Randy Clarke, 25, the n-word in a video the driver released.

The interaction with Berglund is just the latest disturbing ride that Clarke, a full-time Arizona State University senior, can count among the 14,000-plus trips he's had in the 4½ years he has worked for the ride-hailing company, he told The Washington Post in an interview Thursday.

He installed cameras in his SUV in April 2018 when he increased his driving. The cameras were a way for the young father of one to cover himself if he ever received complaints or if something happened to him, he said.

Clarke, who has a near-perfect driver rating, said he was sexually assaulted by a passenger sitting next to him in the front seat in 2018. The assault was caught on his vehicle cameras, he said.

That experience prompted him to implement an Uber-approved rule that is plastered on the inside and outside of his vehicle: "Front seat use is reserved for parties of 3 or more."

It is also on the Uber profile riders can read before getting in his dark gray 2018 Kia Sorento, which offers four iPads for passengers to entertain themselves along with drinks and snacks.

Berglund apparently did not read the message under Clarke's smiling picture or the sign on the vehicle door.

He got into the front seat without looking at the sign above the glove box with the message about who can sit there.

The diamond-rated driver asked Berglund whether he minded sitting in the back seat, according to video obtained and reviewed by The Post.

Both men agreed to cancel the ride, but Berglund grew annoyed and asked, "Are you f---ing serious with me?" from outside the car.

Clarke explained his position again and offered to cancel and refund Berglund's money.

"OK," Berglund said, closing the front door and opening a door to the back seat. "I'm going to ride in the back, and I'm going to file a complaint. OK? I have the right to make my own options."

Clarke explained that he had the right to deny the ride as an independent contractor with Uber. Berglund was ready to be driven to his destination, but Clarke wouldn't move.

"Is that because I'm white?" Berglund asked.

Clarke told Berglund that he had two dash cameras and that their interaction was being recorded.

Berglund hurled more expletives at Clarke before exiting and slamming the door.

"Woohoo! This is good. This is perfect," Clarke said to himself as he drove out of Berglund's gated community and dialed an Uber support line for drivers to file a complaint.

"My initial reaction was complete and utter shock that this happened in 2020," the communications and political science major told The Post.

Clarke has experienced discrimination before while driving for Uber, but the incident with Berglund was the first time he had been called a racial slur, he said.

The young father's college tuition is covered through a program Uber has with Arizona State University that pays the tuition of top-rated drivers. Driving for Uber gives Clarke time to care for and spend time with his son, he said.

Clarke said he decided to do some digging on Berglund, and that is when he discovered he was a successful businessman in the fertilizer business in Tempe, he told ABC15 Arizona.

Clarke alleges that Uber's investigation team did not contact him until ABC15 reported about the incident. Berglund no longer has access to Uber, a person with knowledge of the situation confirmed.

An Uber spokesperson provided a statement that said that the company does not tolerate discrimination and that Berglund's described actions were a "clear violation of our community guidelines."

Clarke wants the company to have a direct link for drivers to upload videos of complaints, and for it to implement a system to alert passengers about a driver's rules.

Berglund told The Post: "I'm so sorry for what I said and for what I did. I cannot apologize any more than what I have."

By Wednesday, Berglund was replaced with an interim CEO at his company.

Matt Brill, marketing director for the company, released a statement to ABC15 that confirmed Berglund's removal.

"The incident is not at all reflective of Agroplasma's values and ethics," he wrote in the statement to the station, adding that the company will work to repair "the harm" Berglund's actions caused.

In an interview outside his home Wednesday with ABC15 reporter Zach Crenshaw, Berglund said that he is not racist. He said the incident has been "so blown out of proportion" and has ruined his life and his company.

Clarke is being represented by attorney David Dow and plans to file complaints with Tempe's Human Relations Commission and the Arizona attorney general's office, the news outlet reported.

The city of Tempe could issue a fine of as much as $2,500 for a civil rights violation, the station reported, although the incident happened in Scottsdale.

Clarke would also like a sit-down meeting with Berglund, saying he wants Berglund to walk away with a deeper understanding of the racial slur.

"I don't want a lawyer apology," Clarke said. "I want a genuine, heartfelt apology so I can actually forgive him and give him a big hug."

Clarke said that he has lost sleep and become physically ill from seeing online reactions to the incident and that he can't walk outside without being recognized.

Berglund recently told ABC15 that what happened to him is "such as sad story," which Clarke saw.

"I wasn't pleased with how he played the victim," Clarke said. "I do pray for him and his family, but you just don't go on TV and put up a pity party when you did something wrong."