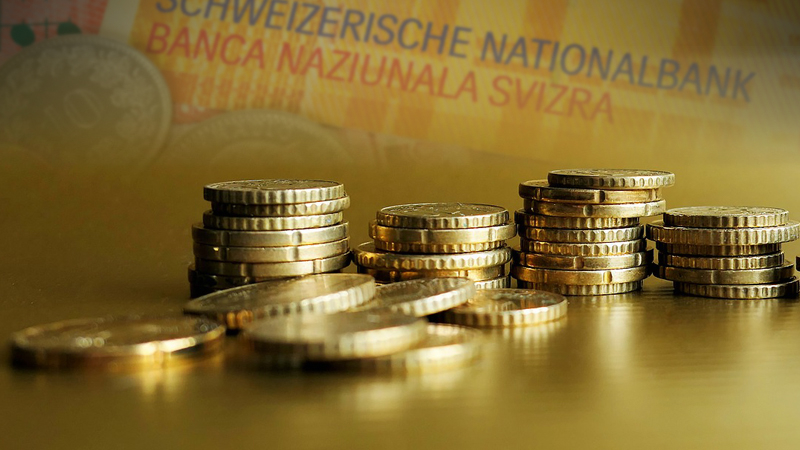 Switzerland may be hoping that it's just too small for President Donald Trump to care about it.

The export-reliant economy at the heart of Europe risks letting history repeat itself if it becomes a target in the U.S. president's trade war, a decade after it ran afoul of Washington with banking secrecy.

Switzerland is in danger of being labeled a currency manipulator. U.S. Treasury officials put it back onto a shortlist for that designation last month, citing its high capital-account surplus and bilateral trade balance.

Another barrage of foreign exchange interventions by the Swiss National Bank to limit the franc's gains could be all that's needed to qualify.

"There's quite a big danger of Switzerland, with its high current account balance, winding up in the cross hairs of U.S. politics, and on Donald Trump's Twitter feed, in the medium term," said Adriel Jost, an economist at consultancy Wellershoff & Partner.

With the franc, one of the world's most-traded currencies, near a three-year high against the euro, SNB officials might be tempted to act. But the Trump administration's push for the power to apply punitive tariffs on countries accused of manipulating currencies serves as a reminder of the potential consequences.

Such an initiative could open a new front in Trump's trade wars after only a brief lull marked by the signing of an initial agreement on commerce between the U.S. and China.

Publicly, at least, Swiss officials don't seem worried about being back on the watchlist they escaped in 2018. SNB policy makers insist the U.S. understands Switzerland's position -- and that may be true.

"We never intend to weaken the Swiss franc to get an advantage over other countries but rather we have to avoid that the Swiss franc becomes too strong," SNB President Thomas Jordan said in an interview last month.

Interventions are a key part of Swiss monetary policy, because too strong a currency will choke off growth. The franc was little changed at 1.0716 per euro at 10:18 a.m. in Zurich.

Still, there's plenty of precedent for the Swiss to ponder. International pressure forced the Bern government to change the way multinational corporations were taxed. Just last year, the European Union threatened to cripple the Swiss stock exchange as it sought to extract concessions in a political dispute.

Most famously, during the global financial crisis, the U.S. led a crackdown on Switzerland's policy of letting bank customers keep account details from tax authorities. A decade later, after more than $6 billion in fines paid by banks, secrecy has been abolished for non residents.

As the U.S. president trains his sights on Europe, Switzerland might make an appealing target. The country of 8.5 million lacks the clout of the EU, which it has refused to join.

It's big enough to make an example of to bully others, but too insignificant to fight back. While the U.S. is Switzerland's biggest extra-European destination for exports, for the U.S. it accounts for less than 2%.

For its part, the Swiss government has said relations with the U.S. are "excellent" and that there are regular discussions of financial matters.

If the U.S. deems a country a currency manipulator, under a 2015 law the U.S. must embark on talks. If the problems aren't corrected, the U.S. can impose foreign-investment restrictions and seek redress through the International Monetary Fund.

But the fund has already said the SNB's monetary policy is "appropriate."

Switzerland's exports of more than $40 billion a year might appeal as a target to the White House. But the lion's share of those sales are pharmaceuticals, including cancer drugs made by Basel-based Roche Holding and gene therapies by rival Novartis. Punitive tariffs might not curb demand.

Bern may lack trump cards, but it does hold a joker. The Swiss represent the U.S. in Iran. The country's channeling of dialog between the two may have helped avert war at the start of this year.

"Trying to forecast Trump's trade policy is probably a thankless task," said Peter Rosenstreich, head of market strategy at Swissquote Bank. But Switzerland may just be too small "to make the splash that Trump likes."