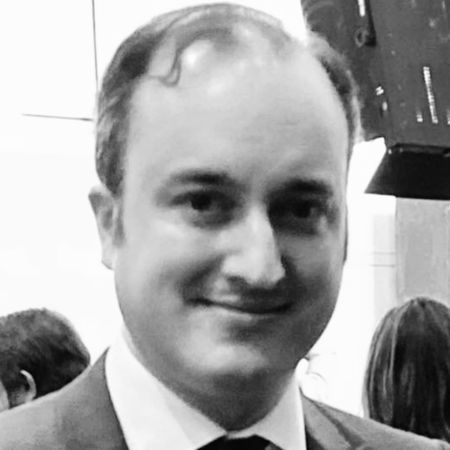 Hopper is a managing editor at Ranker, and was previously an editor at Cracked and CollegeHumor. He has also contributed to The New Yorker and McSweeney's.

In "The Shape of Water," the 2018 Academy Award Winner for Best Picture, an amphibian-man with demigod-like powers gets rescued from a government laboratory by a mute custodian named Elisa. During the rescue, one of Elisa's companions murders an innocent security guard. The amphibian-man then proceeds to unflinchingly devour the pet cat of Elisa's neighbor and later violently slashes the throat of his (by that point eminently deserving) human captor.

In the midst of the mayhem, the creature takes a moment to wander into an ornate movie theater and gazes achingly at a showing of the 1960 biblical epic "The Story of Ruth." Elisa embraces him and they share a tender, wordless moment. This, we are meant to understand, is the power of cinema: a medium so universally moving, it can even stir the soul of even a cat-disembowling river-creature.

"The Shape of Water" offered a master class in the presentation of the most reliable running themes of Oscar-winning films over the past decade: a celebration of "the magic of movies" within the movies themselves. This year, Sony Pictures is running a "For Your Consideration" campaign for Best Picture nominee "Once Upon a Time . . . in Hollywood" that features stills from the film alongside the simple caption, "Because you love movies."

Quentin Tarantino's Best Picture entrant is unmistakably a heartfelt and lovingly crafted tribute to all things Classic Hollywood. It doesn't simply shoehorn in a "movies can touch us" moment the way "Shape Of Water" does; rather, it re-creates a pivotal era for moviemaking, the 1960s, in painstaking visual detail. Yet that slogan is still a pretty blunt appeal to the heartstrings of Academy voters, one premised on the idea that voters absolutely love giving Oscars to films that expressly celebrate the joy and the power of the very medium they all work in.

The past decade offered a panoply of movies that successfully strummed the "magic of movies" chord. "The Artist," from 2012, is a black-and-white silent film about Golden Era Hollywood struggling to embrace a new technology (just as today's studios confront the Internet); it won the Best Picture Oscar that year. In the following year came "Argo," which tells the true story of CIA operative Tony Mendez (played by Ben Affleck, who also directs) rescuing American hostages in Iran by having his team pose as a film crew.

The film is loaded with Hollywood in-jokes that industry people can performatively laugh at (Alan Arkin, playing movie producer Lester Siegel, tells Mendez, "You're worried about the ayatollah? Try the WGA!" - a reference to anyone who's been in, or had to deal with, the notoriously tough Writers Guild). In "Argo," people working on a movie literally save lives - and it won the Best Picture Oscar in 2013.

"Birdman," a film about an aging A-list movie actor seeking to make a truthful work of art, includes a scene in which the ex-megastar tells off a haughty theater critic on the grounds that she has never had to do real art. It won Best Picture in 2015.

There are many potential reasons for the uptick in - and Oscar love for - "movies are magic" films. For one, the Hollywood film establishment surely (and correctly) believes its way of life is under attack by streaming services, digital piracy, prestige television and the overall proliferation of non-cinematic media. Studios and film professionals have an understandable interest in consistently reminding consumers (and reassuring themselves) that watching movies in theaters with crowds of people is an essential, irreplaceable experience.

What's more, at its core, the movie business is as cutthroat and capitalistic as any other for-profit endeavor, and its practitioners (many of whom are artists with a degree of moral consciousness about their craft) are very aware of this. Any reassurance that movies contain a unique sublimity that affects our culture in a positive way helps mitigate that guilt. But perhaps more than anything, Oscar voters are majority-white film professionals with an average age in the mid-60s. It's a crapshoot whether a given story will personally resonate with their own life experiences, but it's an absolute certainty that every single voter can relate to characters, stories and moments that celebrate the uniquely touching impact of movies.

To be sure, the "magic of movies" Oscar-hack doesn't guarantee Best Picture glory. "La La Land" (2016) was a greatest-hits album of Hollywood-ness, a stylistic throwback to classic Hollywood musicals that was also literally about Hollywood, and it included lots of winky-but-not-too-hard-to-get in-jokes about Los Angeles (everyone at a party in the Hills drives a Prius, for example). It won the Golden Globe for Best Musical or Comedy, and Emma Stone won the Best Actress Oscar, but the film lost the Best Picture Oscar to "Moonlight" in an memorable ceremony snafu.

This year, "Once Upon a Time . . . in Hollywood" - whose film-infatuation feels earned - is the clear favorite in the "magic of movies" subgenre. Leonardo DiCaprio plays an actor who has been through the full Hollywood ringer and whose soul is invested in every take of every throwaway TV Western guest-spot he can wrangle; Brad Pitt's character is a veteran stuntman who lives near a classic drive-in movie theater in Van Nuys; and Margot Robbie's Sharon Tate character watches her own movie at a theater with intoxicating joy.

But don't sleep on this year's most blatant exploiter of the "movie magic" trope: "Joker." In director Todd Phillips's departure from his comedy roots, there's a scene in which Gotham City's elites dress up in tuxes and attend a showing of the 1936 Charlie Chaplin film "Modern Times." These billionaires love this film, laughing and applauding at every half-century-old slapstick gag. Our protagonist, Arthur, sneaks into the screening and is transfixed: He stands up while the movie is playing and begins mimicking Chaplin's physicality, later incorporating it into his swelling Joker persona.

The scene signals to the audience that the Joker character - and "Joker" the movie - are influenced by classic cinema: The loner villain is touched more by movies than by anything else in the cruel city around him. More importantly, we are meant to conclude by the association that this is a serious film, one that plays homage to - and takes its place alongside - great ones that preceded it.

The kinds of movies that come across as "Oscar bait" have evolved over the years. In the 1980s and '90s, awards shows flung open their gates for three-hour epics in which crescendoing strings played as the main character died (think "Braveheart," "Titanic" and 2000's "Gladiator"), and A-list actors heroically pretended to struggle with disabilities ("Rain Man," "My Left Foot," "Forest Gump"). Such trends wax and wane, and those specific variants may yet reappear. But for now, the go-to move for the filmmaker with his eye on the major awards appears to be slipping in a scene or two self-referential movie love.

Such gestures often come across as simultaneously triumphant and defensive - surprisingly so, given that the film industry, for all of the disruption it faces, grossed $11.3 billion domestically last year and produced the second-highest grossing film ever, "Avengers: Endgame."

The industry definitely isn't going anywhere - although when we're watching swamp monsters and spree-killing clowns gawk at the awesome power of movies, it sure feels like someone, somewhere, is worried it might be.