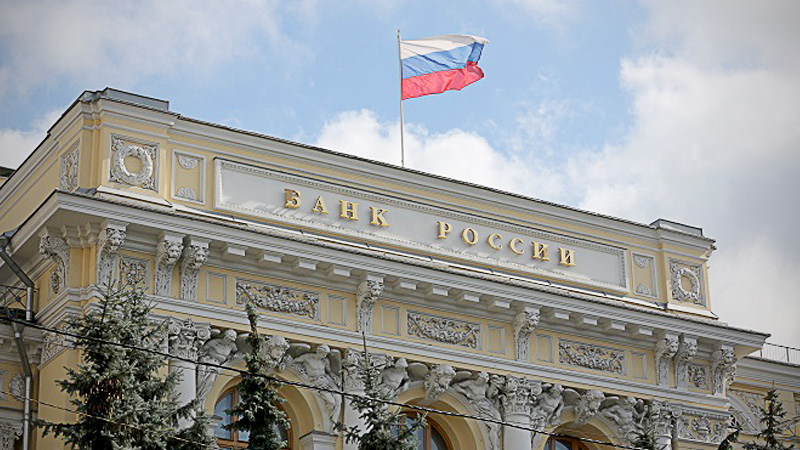 The Bank of Russia delivered a sixth consecutive bout of monetary easing and said a further rate cut is possible next month, as inflation continues a retreat below target. Government bond yields dropped to near a record low.

The bank lowered its benchmark interest rate by 25 basis points to 6%, according to a statement Friday, taking the total reduction in the past year to 175 basis points. The move was forecast by 22 out of 34 economists in a Bloomberg survey.

"There is a relatively high probability of a rate cut at the next meeting, but it's not guaranteed," Governor Elvira Nabiullina said at a news conference after the decision. The next meeting will be held on March 20.

Disinflationary risks are higher than pro-inflationary risks in the short-term, while the spread of coronavirus will be an "additional uncertainty factor" over the coming quarters and threatens the global economy, according to the statement. Fallout from the disease isn't having a major impact on Russia's economy yet, Nabiullina said.

At least 11 other central banks have eased monetary policy this week, while many others have been biding their time as the fallout from the spread of coronavirus reverberates through the global economy.

Bonds rallied as investors bet that the central bank is ready to drop rates below 6%, the lower band of its neutral-rate range. The range is an estimate and the central bank can go below it, Nabiullina said.

Russian local-currency government bonds, known as OFZs, attracted inflows of about $16 billion last year due in part to faster-than-expected easing. Yields on bonds maturing in 10 years dropped 7 basis points on Friday to 6.16%.

"It's a bold move," said Valeriy Vaysberg, head of research at Region Investment Co. "This means that the rally in OFZs could continue. We also expect a strengthening of the ruble and strong demand at government bond auctions."

Russia's rate cuts have so far failed to stoke price growth, which has slowed to far below the bank's 4% goal since October. A government overhaul last month is expected to usher in accelerated fiscal spending aimed at boosting sluggish economic growth in President Vladimir Putin's final term in office.

Additional social outlays announced last month won't have a "considerable pro-inflationary impact," but this year's inflation trends will be shaped by the pace of budget spending, the central bank said. Extra spending in 2020 could total 2.1 trillion rubles ($34 billion), or 1.3% of gross domestic product, according to calculations by ING Groep NV.

Russia has room for stimulative budget policy and the impact on inflation will be limited if the government sticks to a budget rule designed to limit exposure to oil price volatility, Nabiullina said. The central bank plans to meet frequently with the government to discuss the extra spending, she said.

Annual inflation slowed for a 10th straight month to 2.4% in January. The Economy Ministry said Friday there is a "serious risk" price growth will fall as low as 2.2% this quarter.

"The central bank doesn't sound hawkish with respect to fiscal spending," said Evgeny Koshelev, an analyst at Rosbank in Moscow. "That may add inflation pressure only in the medium-term."