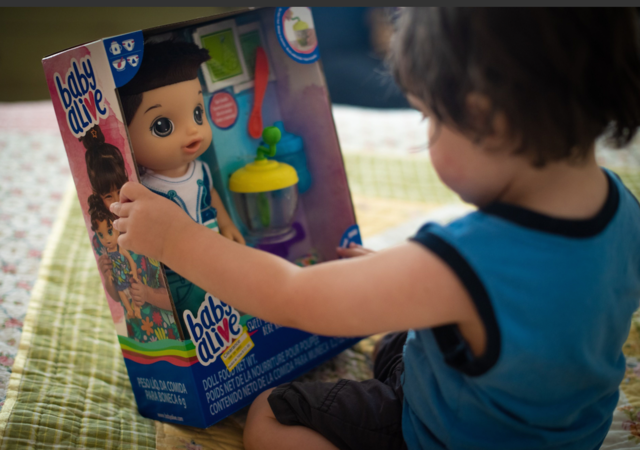 Hasbro's Baby Alive in an arranged photo on July 21, 2019. MUST CREDIT: Bloomberg photo by Tiffany Hagler-Geard.

Hasbro posted earnings that topped analysts' estimates as toys based on Frozen 2 and Star Wars helped it overcome the fallout from President Donald Trump's trade war with China. The shares jumped in early trading.

Excluding some items, profit of $1.24 a share far outpaced the 88-cent average projection. Revenue rose 3% to $1.43 billion, the Pawtucket, Rhode Island-based toymaker said Tuesday. That was shy of estimates for $1.44 billion.

Hasbro has bounced back after the threat of tariffs weighed on the third quarter, disrupting the company's supply chain and leading some retailers to cancel shipments. It has been working to diversify its supply chain to reduce its reliance on sourcing in China.

On an earnings call with analysts Tuesday, Chief Financial Officer Deborah Thomas said the coronavirus has disrupted Hasbro's supply chain and commercial operations in China. She said the impact on its business to date is small, though it's difficult now to quantify the potential magnitude.

Shares of Hasbro rose as much as 9.3% in premarket trading before paring some of the gain. The stock had dropped 4.5% this year through Monday's close after advancing 30% last year.