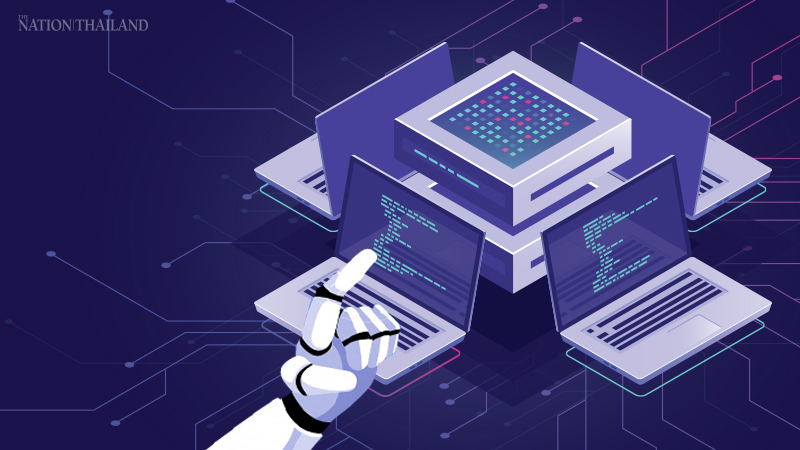 They beat us at chess and trivia, supplant jobs by the thousands, and are about to be let loose on highways and roads as chauffeurs and couriers.

Now, fresh signs of robot supremacy are emerging on Wall Street in the form of machine stock analysts that make more profitable investment choices than humans. At least, that's the upshot of one of the first studies of the subject, whose preliminary results were released in January.

Buy recommendations peddled by robo-analysts, which supposedly mimic what traditional equity research departments do but faster and at lower costs, outperform their flesh-and-blood counterparts over the long run, according to Indiana University professors.

"Using this type of technology to make investment recommendations or to conduct investment analyses is going to become increasingly important," Kenneth Merkley, an associate professor of accounting and one of the authors, said by phone.

Whether getting stock calls right is a critical mission of human analysts is debatable. Wall Street research departments serve a variety of functions, among them connecting investors with company executives and gathering earnings and other corporate data. While their buy, sell and hold recommendations still garner attention and can move stocks, the number of clients premising investment decisions off them is probably limited.

The study looked at a small and still largely experimental branch of fintech, firms founded on the premise that digital technology does a better job than humans in making equity recommendations. While all analysts use computers, a handful of start-ups has been seeing if programs can handle every aspect of the stock-picking process.

One firm whose data was in the study, New Constructs, uses robo-analysts to collate everything from income statements and balance sheets to the footnotes at the bottom of reports to push out picks, according to its chief executive officer, David Trainer.

"We're not doing sentiment, we're not doing momentum, we're not doing what I would call all these sexy, short-term metrics," Trainer said in a phone interview. "We can give them good, old-fashioned analytical rigor to insert in their process at little to no cost."

Trainer's clients -- quant funds, consulting firms, IRAs and asset managers, among others -- can buy access to the services for anywhere from about $10 to $15,000, he said, depending on the type of research.

The Indiana University study analyzed more than 76,000 reports issued by seven different robo-analyst firms between 2003 and 2018. Among the findings were that automated services are more likely to produce sell ratings (as opposed to holds and buys) than traditional firms. They also revise their reports more frequently and may be better at accounting for large and complex corporate disclosures, including filings with the Securities and Exchange Commission.

The authors compared the robo-analyst recommendations to those of traditional analysts part of the Institutional Brokers' Estimate System. They omitted holds in their long-term analysis as those recommendations are less actionable, according to Merkley.

Because robo-analysts don't exhibit any biases and aren't subject to conflicts of interest, they produce a more balanced distribution of ratings, the authors, who also included Braiden Coleman and Joseph Pacelli, claimed. Whereas traditional analysts actively work on maintaining relationships with company management, robots aren't beholden to the same conventions. Their calls may not get the same pop as humans' at first, but the recommendations can generate "substantial returns for individual investors," they said.

Besides New Constructs, the researchers analyzed recommendations from firms including Minkabu, Rapid Ratings and TheStreet.com that overlapped with those of traditional analysts.

Traditional analysts have been under pressure recently -- machines have been doing a bigger share of the work while investors increasingly pile into passive funds. In the next decade, automation could reduce headcount on Wall Street and the banking industry by about 200,000, according to Wells Fargo Securities.

"What we're seeing is that research budgets at these banks are being constrained, the value proposition of sell-side equity research is being reconsidered -- for us, this industry is ripe for disruption," said Merkley. "Technology is one of those disruptions because you can do things probably at lower cost and greater scale."

Robo-analysts differ from their better-known counterparts, robo-advisers -- shops like Betterment that use algorithms to provide automated financial planning services. But whatever their form, skepticism abounds on Wall Street. Opponents argue that machines are unable to parse nuanced discussions on earnings calls or have conversations with company management. New Constructs' Trainer says the opposite is true -- robots can analyze huge amounts of data, including transcripts of conversations, at much faster paces.

But, "as long as there's still people that need human interaction, that need to talk to management and talk about the industry and perform that function for the buy-side, the sell-side will still be around," said Merkley.