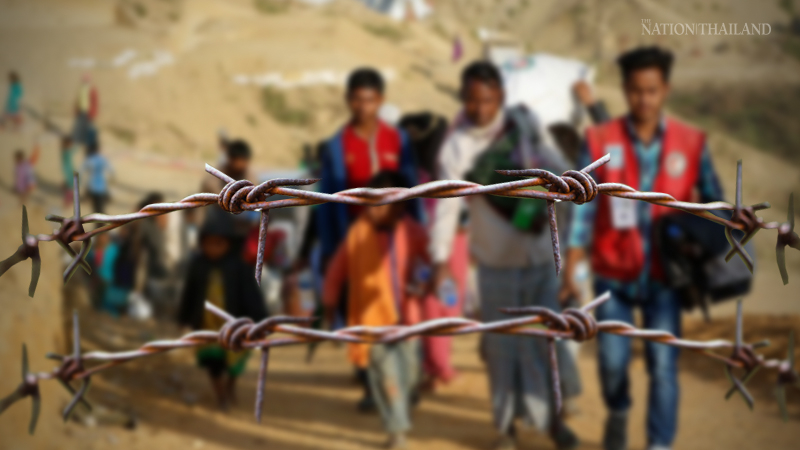 Runaway inequality is eroding trust in democratic societies and paving the way for authoritarian and nativist regimes to take root, according to a dire new report from the United Nations.

The findings note that solutions - including robust social safety nets, an active redistribution of wealth and the protection of workers rights - "have been recommended for decades" and are well within the capacity of the world's wealthy nations.

But in many countries, including the United States, such initiatives have been blocked by "economic elites" because they inevitably challenge the interests of certain individuals and groups, the report says, affecting the balance of power in nations that pursue greater economic redistribution.

The broad contours of income and wealth inequality in the United States are, at this point, well-known. The top 1% of households have roughly doubled their share of the nation's wealth since 1980, leaving less behind for everyone else. The 400 richest Americans now have significantly more money than the 150 million Americans in the bottom 60% of the distribution.

In the past several decades, paychecks of rank-and-file workers have stagnated even as they have delivered on the growing profits demanded by their bosses and shareholders. As the U.N. report notes, the average compensation for a chief executive at a Standard & Poor's 500 company was $14.5 million in 2018, while the average production and nonsupervisory worker took in about $40,000.

Defenders of the economic status quo have argued, at times, that inequality is probably not rising all that much. But even if it is, it may well be the inevitable byproduct of a capitalist society and, in fact, it might actually be good. Economic inequality, in this view, is simply the price of paying a fair remuneration to the people who produce the iPhones and the cool apps and the free shipping that all of us - even the less fortunate - are now able to enjoy.

The U.N. report notes, however, that rampant inequality is harmful even to people at the top of income and wealth distributions. Unequal societies "grow more slowly and are less successful at sustaining economic growth," as numerous studies have shown. As economic conditions deteriorate in lower and middle classes, we may get to a point where a critical mass of the population can no longer afford the iPhones and cool apps and free shipping that are driving our economy, causing a recession. In the end, the trouble with capitalism may be that eventually you run out of other people's money.

The U.N. report is unusually clear-eyed on the power dynamics underlying today's inequality struggles. "People in positions of power tend to capture political processes, particularly in contexts of high and growing inequality," the report states. "Efforts to reduce inequality will inevitably challenge the interests of certain individuals and groups. At their core, they affect the balance of power."

This observation is extremely useful for understanding the current debate. The winners of the modern, winner-take-all economy often protest that the distribution of money is not a zero-sum game. The rank-and-file may be getting a smaller piece of the American pie, but if that pie is much bigger than it used to be, they may still be better off than they were 40 years ago.

But while preaching nonzero sum thinking, those winners have also taken a ruthlessly zero-sum approach to rewriting the rules of the economy to their own benefit. Corporations and their wealthy leaders have lobbied extensively, and successfully, to reduce their tax burdens, weaken the social safety net, undermine the power of their workers and increase their influence in the policymaking process. The net result has been a massive transfer of wealth and power from the poor and middle class to those at the top.

When the rich shape a country's institutions in their own image and to their own benefit, it's little wonder that trust in those institutions declines, as it has in the United States. That lack of trust creates a vacuum for authoritarian and nativist regimes to take root, according to the United Nations. "The central message of populist movements has historically been that the common people are being exploited by a privileged elite, and that radical institutional change is required to avoid such exploitation," according to the report.

But research shows the history of populist regimes since 1990 has primarily been one of corruption, self-dealing, worsening inequality and political violence.

Policymakers have known how to avoid this dire outcome for decades, according to the U.N. report. Leveling the playing field would involve strengthening the minimum wage, reinforcing the social safety net and ensuring universal access to health care in places that currently lack it. It's really that simple, and wealthy countries like the United States have plenty of economic capacity and technical know-how to pull it off.

But putting those policies in place would require redistributing a lot of wealth downward, via a mechanism like a wealth tax or some other form of increased taxation on the wealthy. And the individuals and institutions currently hoarding the country's riches have rightly identified those policies as a threat to their interests.