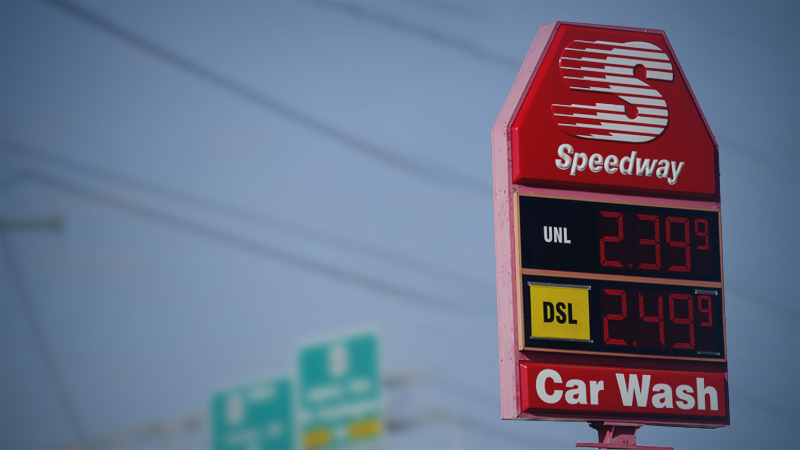 Marathon Petroleum Corp.'s Speedway gas-station division has drawn interest from potential buyers including the owner of convenience-store chain 7-Eleven as well as TDR Capital, people familiar with the matter said.

Seven & i Holdings Co., the Japanese company that controls 7-Eleven, is working with advisers as it considers a takeover of Speedway, according to the people. Any acquisition of Speedway could value the business at more than $20 billion, the people said, asking not to be identified because the information is private.

TDR has also been weighing a deal for Speedway, the people said. The private equity firm is interested in merging Speedway with one of its portfolio companies, U.K. gas-station operator EG Group, in a transaction that could be worth an estimated $26 billion, one of the people said. The proposal envisioned a tax-efficient method known as a Reverse Morris Trust, the person said.

Other suitors have also shown interest in Speedway, though there's no certainty the deliberations will lead to a transaction, the people said. Representatives for Marathon, Seven & i, EG Group and TDR declined to comment.

Marathon Petroleum, a refiner under pressure from activist investors to break up, is exploring a sale of Speedway after announcing plans last year to spin off the retailer, people familiar with the matter said in January. Speedway, with about 4,000 stores in the U.S., could be worth as much as $18 billion including debt as a standalone company, Marathon Petroleum has said.

Tokyo-based Seven & i, Japan's largest convenience store operator, has more than 69,000 stores in 18 markets globally, according to its website.

EG Group, run by billionaire co-founders Mohsin and Zuber Issa, has more than 5,500 stores in Europe and the U.S. under the brands Esso, BP and Shell, according to TDR's website. The company was formed in 2016 when the Issa brothers' company, Euro Garages, merged with TDR's European Forecourt Retail Group.

EG Group is considering an initial public offering that could value the U.K.-based company at more than 10 billion pounds ($13 billion), Bloomberg News has reported.