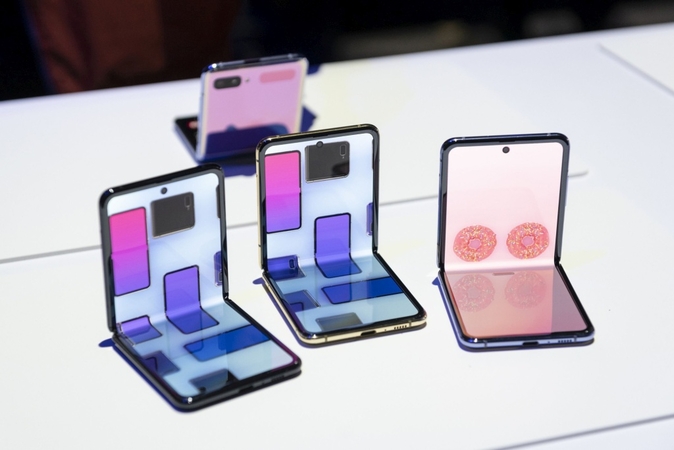 The Galaxy Z Flip isn't Samsung Electronics Co.'s first foldable device, but it's the first to carry the Z designation, which the company is dedicating exclusively to foldables.

Announced at an event in San Francisco on Feb. 11, the Z Flip is going on sale on Valentine's Day at a price of $1,380. It's shaping up to be the most refined and complete foldable phone to date, and though its price remains high, it is actually the most affordable foldable from a big-name manufacturer. In the space of a few months, Samsung has shrunk both the size and price of the $1,980 Galaxy Fold into a compact square device, and it's decided the foldable category has earned a distinct division in its phone portfolio.

"With the Z Series, we are adopting a new naming convention for our foldable portfolio that shows our commitment to expanding the category to offer a variety of experiences," a Samsung spokesperson told Bloomberg News in Seoul. "We chose 'Z' for this series because it intuitively communicates the idea of a fold while delivering a dynamic, youthful feel."

Galaxy V would have been even more evocative of the Z Flip's profile, but alas, Samsung already used that letter on a forgettable phone back in 2014.