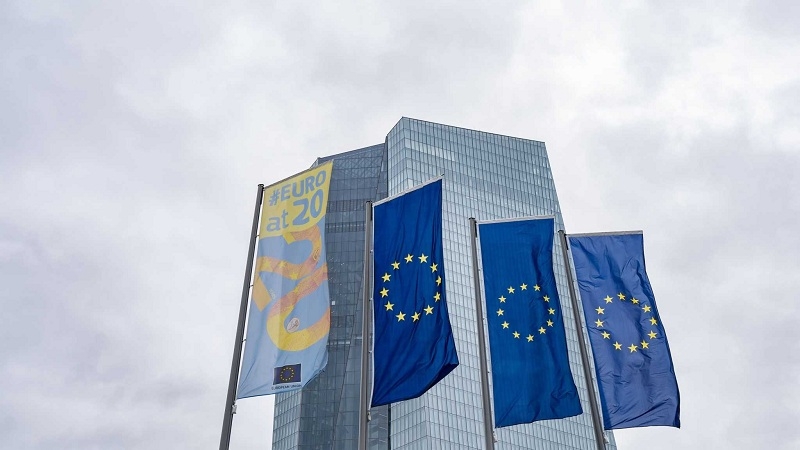 European economic malaise is set to continue this year, the bloc's executive said, warning that a deadly viral outbreak could further damp the outlook.

A month after a U.S.-China deal offered hope for global trade and industry, the coronavirus that's killed more than 1,000 people in China and crippled parts of the country's manufacturing capacity has pushed the world into a new crisis. The European Commission singled it out as a "key downside risk."

The warning comes as some of Europe's biggest companies spell out how the epidemic is hitting their business. Drinks giant Pernod Ricard on Thursday cut its forecast for full-year profit growth by about half. Tiremaker Michelin and Pernod rival Remy Cointreau have also lowered their outlooks, and the International Energy Agency sees global oil demand falling this quarter for the first time in over a decade.

"While some downside risks have faded, new ones have emerged," the commission said in its first major report on the economy this year. Overall, that leaves the balance "tilted to the downside," it said.

In the report, the commission left its forecast for 2020 economic growth at a "subdued" 1.2%, the same pace as 2019. At 1.3% for this year and 1.4% for 2021, the inflation outlook is slightly higher compared with November, but still well below the European Central Bank's goal of just below 2%.

Despite the risks, the commission said the euro-area economy remains on a "steady path." That's partly because its baseline assumption is that the virus outbreak peaks in the first quarter, with "relatively limited global spillovers."

Still, there's increased uncertainty about China's short-term prospects and the degree of global disruption at a time when manufacturing is still weak.

That weakness was on full display in the past week in figures showing huge declines in industrial production in Germany and France. There's even talk of a recession risk in Germany, Europe's largest economy, and figures due Friday could show a contraction in the fourth quarter.

That would be a further blow to the euro zone and could renew the pressure on German politicians to increase public spending. Calls from both the commission and the ECB on governments with fiscal space to do more to support monetary policy efforts with more spending have so far largely fallen on deaf ears.

The ECB is already on alert over newly emerged threats to the outlook. Spanish policy maker Pablo Hernandez de Cos added to the chorus of officials on Thursday, saying the coronavirus is compounding risks for the fragile euro-are recovery after some earlier signs of stabilization.