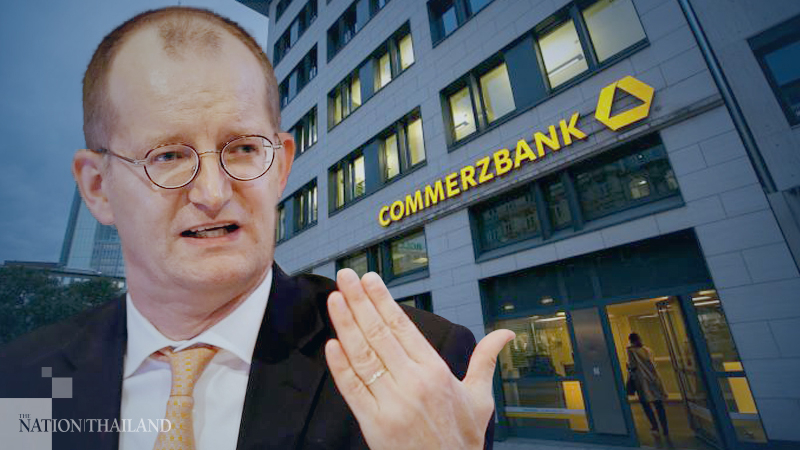 The bank will disclose the details of a new cost plan when it reports second-quarter earnings, Chief Financial Officer Bettina Orlopp said on a conference call on Thursday, without providing details. The shares jumped as much as 5.1%, spiking after Orlopp's comments.

Commerzbank in September unveiled a new strategy the lender described as "soberingly realistic" because of its low growth targets for revenue and profitability. Several large shareholders privately lambasted the plan as insufficient, people familiar with the matter have said.

Revenue at the German lender beat estimates with a 6.8% increase in the fourth quarter as income from its core lending business grew. That led to an increase in operating profit, Commerzbank said Thursday. The bank's key CET1 capital ratio also improved more than expected.

"We will take advantage of the extra leeway" provided by the improvements in profit and capital, Zielke said in the statement. "I'm more optimistic about our return expectations than I was last autumn."

Commerzbank was up 4.9% in Frankfurt trading as of 10:39 a.m. The stock is little changed over the last 12 months.

Not everything was positive. The bank reduced its dividend on 2019 earnings to 15 cents from 20 cents a year earlier, which "sends a negative signal," Morgan Stanley analyst Magdalena Stoklosa wrote. Citigroup analysts called the bank's 2020 outlook "worse than expected" and said it implies a 15% cut to the consensus for operating profit.

Zielke's strategy to aggressively add new clients has helped the bank to drive up net interest income, blunting the effect of negative rates on lending margins. But the initiative partly explains why the bank has needed to raise its cost targets several times. Commerzbank on Thursday said it added 200 million euros of expected IT expenditure to its 2020 cost target.

There are more challenges ahead for Zielke. His decision to take full control of online lender Comdirect Bank cost more than planned and the expected sale of the mBank unit in Poland has been met with muted interest from potential buyers.

CFO Orlopp said Commerzbank is sticking to its plan to dispose of the Polish lender but only "if the conditions are the right ones and, specifically, if we get the right price."

Zielke has previously abandoned an aggressive client acquisition plan for cost reasons even though that strategy has helped increase income from lending. He's also intensified efforts to charge interest on large deposits.

As in the preceding years, the bank in 2019 failed to produce a return that covers its cost of capital or delivers returns investors would typically expect from an investment in an asset seen as similarly risky. Zielke has vowed to achieve a return on tangible equity - a common measure of profitability - of 2% to 4% over the next few years. The cost of capital for European banks is typically estimated to be 8% to 10%.