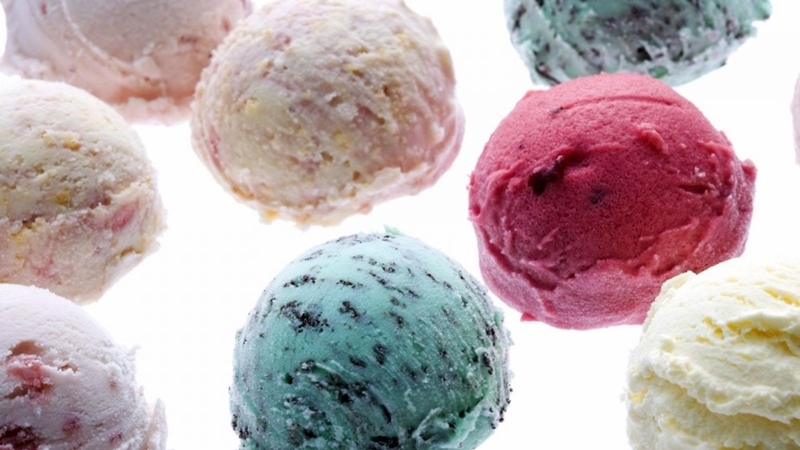 Unilever, one of the oldest multinational consumer goods companies, pledged this week to stop advertising ice cream to children. By the end of this year, the company will stop marketing and advertising foods and beverages to children under the age of 12 in television and print, and for children under 13 via social media channels.

Unilever may not leap to mind when it comes to frozen dairy confections, but it should. The company owns premium brands Ben & Jerry's and Talenti, workhorse ice creams Breyers, Klondike and Good Humor, and specialty bars and ice cream treat brands Magnum, Cornetto, Viennetta, Choc Ice and others.

"The World Health Organization names childhood obesity as one of the most serious public health issues of the 21st century. And it's a key reason why Unilever is committing to new principles on marketing and advertising foods and beverages to children," the company said in a statement.

The company says it will not run ads on television and other media where children under 12 represent more than 25 percent of the audience. It will not promote ice cream products in schools or children's films. In addition, Unilever said it won't employ celebrities or social media influencers or use licensed cartoon characters in marketing that appeals primarily to kids under 12.

Obesity rates for children and adolescents have more than tripled since the 1970s, and experts say a drop of just a few percentage points could save thousands of children from diabetes, heart disease and other health problems. According to a National Survey of Children's Health report released in October, obesity rates among youths ages 10 to 17 averaged 15.3 percent nationwide, with a childhood obesity rate hitting 25.4 percent in Mississippi.

This is not the first time Unilever has pledged to restrict advertising aimed at children. In 2010, the company joined 18 of the world's largest food corporations in signing the Children's Food and Beverage Advertising Initiative (CFBAI), pledging not to advertise Skippy and Popsicle brands to children younger than six. For children between the ages of 6 and 11, it would advertise those food and beverage products that met certain nutrition criteria.

While brands like Magnum, Ben and Jerry's and Breyers are marketed more to adults, Good Humor targets children directly via ice cream trucks. With this week's announcement, Unilever also debuts a "Responsibly Made for Kids" label. By the end of 2020, every ice cream in the kids' range will have no more than 110 calories and a maximum of 12 grams of sugar per portion.

"It's a move designed to help parents, caregivers and kids make informed choices about the food and drinks they buy, and to address the rise of social media, and the vast increase in products on sale," the Unilever statement said.

Fran Fleming-Milici, director of marketing initiatives for the nonprofit Rudd Center for Food Policy and Obesity, says that to meet that sugar limit, many products may have added artificial sugars, something not recommended for children. And while she sees Unilever's announcement as a step in the right direction, she says government regulation is essential.

"Their bottom line is profit, not public health," she said. "Without policies that put some rules around marketing to children across all companies, it's hard to believe one company is going to sacrifice its profits to effectively reduce consumption of unhealthy foods. Policies would be good in that sense because they level the playing field."

Shu Wen Ng, an associate professor in the nutrition department at the University of North Carolina at Chapel Hill, says that many food and beverage companies voluntarily restrict their marketing to kids as a means of delaying stronger regulations.

"They can say, 'We've already done all these things and we're being proactive,' as a delay tactic," she said. "They can pledge things that sound great but have a lot of loopholes."

She says that companies may make pledges of this sort to get credit for portion-size changes or ingredient reformulations they were already considering in anticipation of the Food and Drug Administration's Nutrition Facts labels, which went into effect last month. The new nutrition panels list total calories in a bigger font, and serving size requirements have changed to reflect what people actually eat (read: more). And for the first time, the label calls out added sugar as opposed to those naturally occurring and updates the list of nutrients required or permitted to be declared on the label.

Unilever did not respond to a request for further details about the announcement.

Latin American countries such as Chile have led the way in reducing children's exposure to advertisements. Foods high in added sugar, saturated fats, calories and added sodium must display black stop signs on front-of-package labels. Nothing with black stop signs can be sold or promoted in schools or included in child-targeted television ads or marketing strategies aimed at children. Consumption of sugar-sweetened drinks dropped nearly 25 percent after Chile adopted the rules in 2016.

In the United States, food, beverage and restaurant companies spent $13.5 billion in advertising in all media in 2016, according to the Rudd Center, a 7 percent increase since 2007 despite those commitments from major food companies who signed the Children's Food and Beverage Advertising Initiative.

Unilever's total revenue dropped to $58.22 billion in 2019 from $60.32 billion in 2017, and lagging ice cream sales may have contributed: Per capita consumption has trended downward, with people eating 20 percent less ice cream per year in 2018 than in 2000. In December, Nestle, the other dominant ice cream company, sold its U.S. ice cream business altogether.