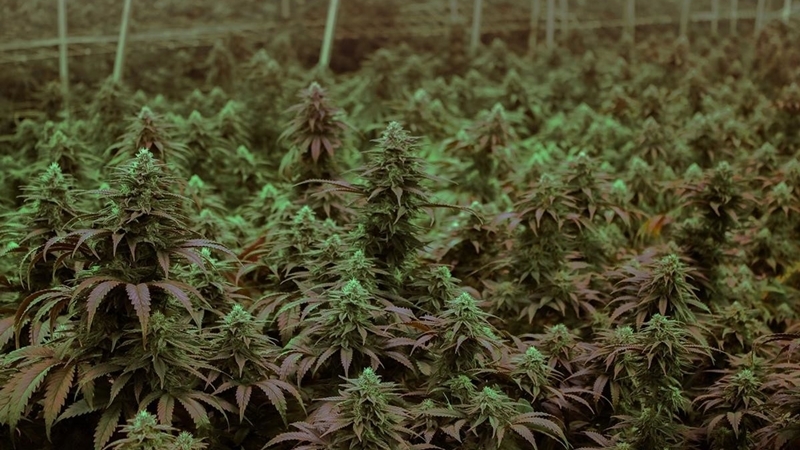 Canopy Growth Corp. jumped as much as 25% Friday, the biggest gain since 2018, after the world's largest cannabis company by market value reported quarterly results that beat expectations across the board.

Canopy posted a 62% quarter-over-quarter jump in net revenue to C$123.8 million, which was well ahead of the consensus estimate of C$105.4 million. Cannabis gross revenue rose 8%, and Canopy said it took top market share in the quarter ended Dec. 31, capturing 22% of Canada's recreational pot sales.

Its adjusted Ebitda loss of C$91.7 million was C$64 million narrower than the previous quarter, and beat the average analyst estimate of a C$110 million loss.

Canopy cut its operating expenses by 14% in the quarter, boosting its gross margin to 34% from negative 13% in the previous quarter.

"We delivered significant gross improvement in the third quarter driven by stronger revenues and higher capacity utilization," Chief Financial Officer Mike Lee said in a statement. "Actions taken earlier this year are expected to meaningfully reduce stock-based compensation in FY21, and we have started to implement tighter cost controls across the organization." He added that further cost-cutting measures are planned.

Bill Kirk, analyst at MKM Partners, called the Ebitda beat "surprising" given the costs associated with preparing for the rollout of newly legal products in Canada, including beverages, edibles and vapes.

"We had expected only small improvements from the prior quarter, but Canopy is showing a meaningful progression," Kirk wrote in a note. "That said, the path to profitability still remains very unclear."