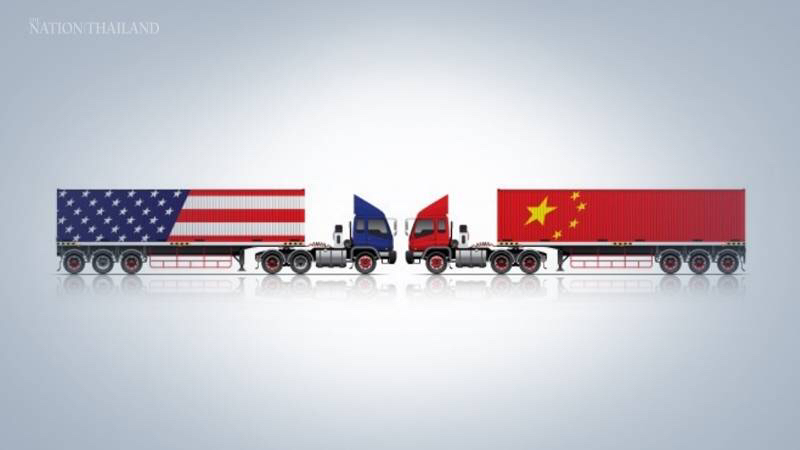 Exporters from most states experienced dismal sales to China last year as tariffs slammed products ranging from wheat and whiskey to ginseng and gas.

Total U.S. merchandise exports to China fell 11% last year to about $107 billion, according to the latest data from the Commerce Department. Particularly hard hit were some of the nation's largest exporters to the Asian country -- Texas, Florida and Alabama -- which each saw sales plunge by more than 25%.

The figures don't yet reflect two significant developments for the world economy this year: The U.S-China trade deal signed in January that is supposed to significantly boost American exports to China and the coronavirus outbreak in the Asian nation.

Amid the casualties, though, were some bright spots, including the presidential swing state of North Carolina, where exports to China jumped 40% last year to $3.25 billion, driven in large part by pharmaceutical sales.

China's appetite for tobacco from North Carolina waned last year to virtually nothing, said John Loyack, vice president of the Economic Development Partnership of North Carolina. But drug companies more than filled the void by shipping $1.3 billion worth of products, Loyack said. Corporations ranging from Denmark's Novo Nordisk Pharmaceutical Industries to New Jersey-based Merck & Co. have set up major operations in North Carolina in recent years, making it one of the top pharmaceutical-industry states in the U.S.

The relaxing of Chinese restrictions on certain medical imports helped boost sales, he said. "To be honest, we thought we'd be taking it in the teeth in 2019," he said. "But it was an amazing year."

The U.S. and China trade deal, which includes commitments to roll back tariffs, is set to go into effect Friday. In the first year of the deal, China committed to buy an extra $76.7 billion of American goods beyond what it did in 2017, and an additional $123.3 billion in the second year. Already, China is seeking flexibility around these commitments as the coronavirus outbreak takes a toll on the economy, Bloomberg News reported.

Still, the pact may improve the environment for U.S. exporters -- including for some of last year's biggest losers like Texas, where exports to China fell 34%, according to the Commerce Department data.

Don't cry too hard for the Lone Star state. It's far and away the largest exporter in the U.S. and saw its worldwide sales increase 5% in 2019 from a year earlier.

"We are not that dependent on China," said Jesus Canas, an economist at the Federal Reserve Bank of Dallas. The country represents between 3%-5% of Texas' exports, he said.

Other U.S. states seeing a double-digit sales drop to China last year included Alabama -- with its growing base of vehicle assembly plants -- and Florida, which is one of the largest U.S. exporters of gold.

Exports to China from the state of Washington fell 44%, due in large part to the grounding of Boeing's most popular plane, the 737 Max.

Despite the phase-one trade deal, it's too early to tell how much U.S. exports to China will improve this year. "The uncertainty piece looks better," said Canas, referring to the January agreement.

On the other hand, the deadly virus spreading beyond China adds a different element of uncertainty. "Corovavirus is a model of what the trade war might have done if it had escalated," said Tee Bordelon, vice president of ImmunoReagents Inc.,which has been selling antibodies to China for the past decade.