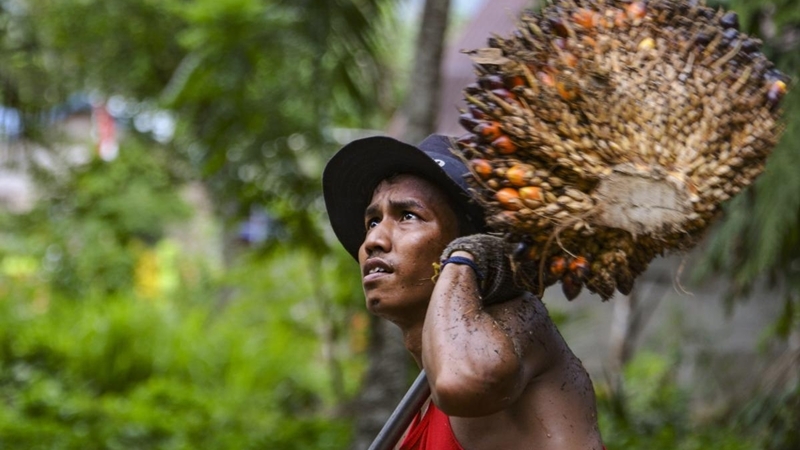 Last month India, a large palm oil customer, stopped buying from Malaysia. The decision caused fluctuation in the world oil palm market as Indonesia switched to penetrate the Indian oil market instead. As for Malaysia, it is accelerating reach into markets that Jakarta used to lead while India is seeking use of other types of oil instead of palm oil.

India, the world's largest palm oil buyer, reportedly banned the import of refined palm oil from Malaysia last month. Many people view this as a response to Malaysian Prime Minister Mahathir Mohamad criticising New Delhi on Kashmir and a new citizenship amendment act after which buyers also slowed down purchase of crude palm oil from Malaysia.

The latest figures from Malaysia showed that in January, palm oil exports to India fell by 85 per cent year on year, down to 46,876 tonnes, the lowest since 2011.

In 2019, exports to India accounted for almost a quarter of all Malaysian palm oil exports. India has been Malaysia’s largest customer for five years. To make up for the lost market, Malaysia is increasing exports to other countries, including Pakistan, Saudi Arabia and Ghana, who rely mainly on palm oil from Indonesia. Total exports to all three countries last month jumped more than 100 per cent compared to the same period in 2019.

A palm oil trading company based in Mumbai revealed that the palm oil market is currently balancing out the situation. Buyers from Asia who mainly look at prices and European buyers are moving from Indonesia to Malaysia because it is cheaper.

“Now the situation for Malaysia is not bad. Our stock is still tight. India may buy more from Indonesia but it provides an opportunity to create a demand vacuum in some markets,” said Lee. Malaysia’s palm oil depot is at the lowest in two years. Besides, Malaysia is expanding its market share in the Middle East, Africa and Southeast Asia.

In 2019, Indonesia used to be the largest supplier to these markets.

Between July and December 2019, the reference palm oil price increased by 60 per cent but it has recently fallen amid concern about the needs of India and the spread of the new coronavirus in China.

India, which is a price-sensitive palm market, has dropped its purchase power in the past three months due to the higher palm price while other oils are not much different, encouraging Indians to use other types of oil instead.

India’s Solvent Extractors Association said that in January, India’s palm oil imports were down by 27 per cent, compared to the same period in 2019, to 594,804 tonnes, but import of soybean and sunflower oil rose by 40 per cent and 51 per cent respectively, reducing the proportion of cooking palm oil in India to 51 per cent, the lowest since June 2018.