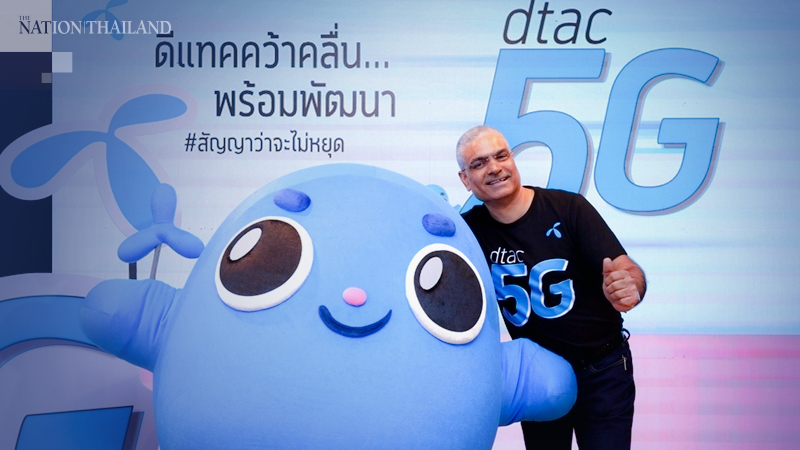 Total Access Communication (dtac) is expected to kick off its 5G wireless broadband service on the newly acquired 26GHz band in selected locations by the first half of this year, its chief executive officer Sharad Mehrotra said today (February 18).

Deployment of the 5G network on its 700MHz band is planned for the second half of 2020, he said.

Dtac chief technology officer Prathet Tankuranun said the firm did not acquire the 26GHz band just for keeps but will definitely use it to provide better service experience to customers.

The planned 5G services on 26GHz include the fixed-wireless broadband access service for end-users.

Mehrotra said the addition of the 26GHz high-band spectrum to dtac’s portfolio, which already includes mid and low bands, will allow it to provide high-quality data experience that will be critical to future networks.

DTAC has held the 900MHz, 700MHz, 2100MHz, 1800MHz bands, and just clinched 26GHz from last week’s auction. It has partnered with TOT to provide a 4G wireless broadband service on the state agency’s 2300MHz band.

“With the acquisition of 26GHz spectrum and the continued development of our mid-band holdings, we are determined to bring new technologies and a better data experience for the many, not for the few,” Mehrotra said.

“Dtac’s strong performance in 2019 gives us confidence to continue our efforts to improve customers’ experience through a better network and more personalised offers. We will be stepping up our digitisation efforts to simplify customer journeys and transform our organisation to respond more quickly and effectively to customers’ needs. Dtac will never stop improving our services and readying our organisation for the future,” Mehrotra promised.

In addition to introducing 5G technology, dtac will significantly boost its existing network to give all customers improved coverage and up to three times higher data capacity. 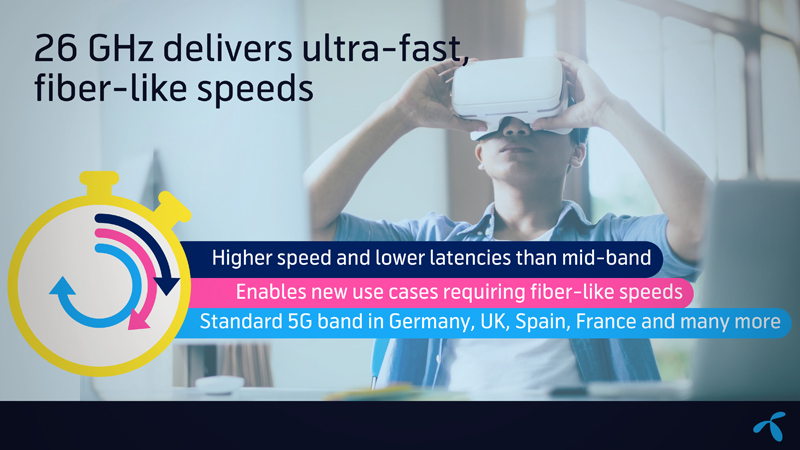 Dtac has also upgraded its workforce skills to enhance its business operations. In 2019, the company upskilled 25 per cent of employees working in critical areas such as cybersecurity, data analytics and business intelligence. In partnership with expert programs from Telenor Group, dtac aims to double that figure to 50 per cent in 2020.

The firm has set capital expenditure between Bt13 billion and Bt15 billion this year.

AIS and True will hold a press conference to announce their 5G business plans on Wednesday (February 19) and Thursday (February 20), respectively.