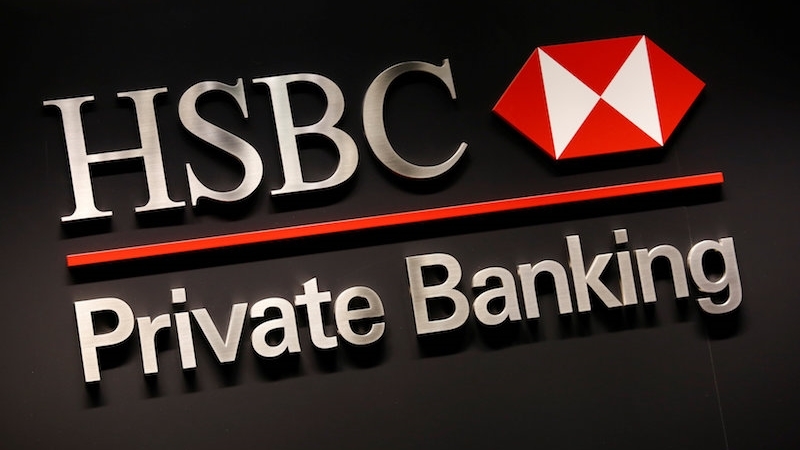 HSBC Holdings Chairman Mark Tucker promised a strategy reboot. Investors got what some called more of the same -- pledges to cut costs and do more with less.

The shares plunged by the most since 2017 after buybacks were shelved for two years and the executives themselves said more bad news was still to come -- once they assess the economic damage wrought by the novel coronavirus.

In the overhaul announced on Tuesday, HSBC will slash about 35,000 staff -- 15% of the total -- and take $7.3 billion of charges, while it doubles down on Asia, source of most of the bank's profit, and cuts operations in the U.S. and Europe. Left hanging was interim Chief Executive Officer Noel Quinn as Tucker and the board consider a permanent appointment.

"I wish we hadn't had HSBC shares this morning," said Alan Beaney, CEO at RC Brown Investment Management. "I am not quite sure why Quinn has not been named CEO now given they have allowed him to cut 35,000 jobs and make a number of strategic decisions. It does not make sense to me."

HSBC Chief Financial Officer Ewen Stevenson said the bank would be "ruthless" in executing its plan -- the giant's third strategic overhaul in a decade -- but he has an uphill struggle persuading shareholders. "The board are asking the market to take an enormous amount on trust," said analysts at Keefe, Bruyette & Woods, the specialist financial-services broker.

London-traded shares in HSBC, Europe's biggest bank by market value, tumbled as much as 7%, wiping out its gain so far in 2020.

While Tucker is returning the bank -- founded in 1865 as the Hongkong and Shanghai Banking Corp. -- to its roots with the sharpened focus on Asia, analysts noted the shortage of detail on how it plans to grow there.

For bank strategists, there might be a case of déjà vu: a 2018 plan by Quinn's predecessor, John Flint, fell flat on arrival. Flint was fired 13 months later. Tucker, who was hired in 2017 to revive growth at the sprawling lender, is still struggling to answer investors' question of why a bank with such a strong hold in some of the world's fastest-growing economies has been unable to produce a better return.

The latest plan envisages cuts to underperforming businesses and regions, in particular HSBC's global banking and markets unit, which houses its investment bank. The bank has said it will reallocate $100 billion of risk-weighted assets to areas where it can make more money. The job cuts will put total staff at about 200,000.

"Parts of our business are not delivering acceptable returns," Quinn said.

The fresh strategy makes sense, but is "on the conservative side," Alan Higgins, chief investment officer of Coutts & Co., said on Bloomberg television.

The main points of today's earnings report include:

- Consumer banking and private banking will be merged into a single wealth platform.

- Global banking and commercial banking middle and back offices to be combined.

- Geographic reporting lines will fall from seven to four.

"We are intending to exit a lot of domestically focused customers in Europe and the U.S. on the global banking side," Stevenson said in a Bloomberg Television interview.

Execution aside, the unknown remains the impact of the coronavirus. Stevenson estimated possible losses in the first-quarter of 2020 at between $200 million and $500 million. Executives said on a conference call that the loan book has shown "great resilience" so far in the face of the outbreak.

"While reduced capital allocation to low-return businesses is a positive, we expect weaker profitability in what have traditionally been strong markets, primarily Hong Kong," Morgan Stanley analysts wrote, maintaining their underweight rating on HSBC.