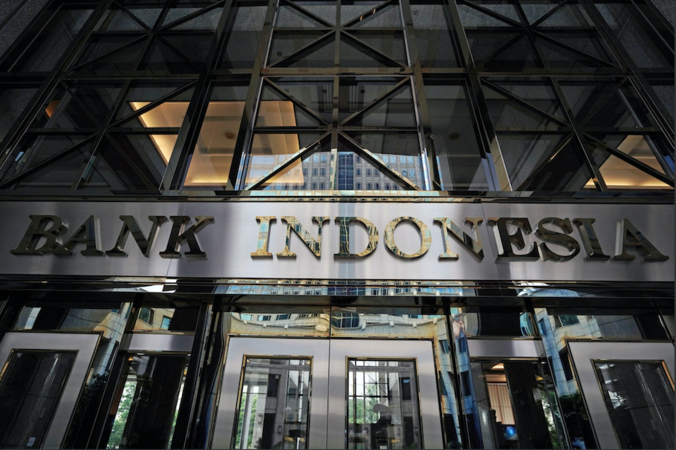 Indonesia's central bank cut its benchmark interest rate Thursday after a three-month pause, and lowered the growth forecast as the spread of the coronavirus threatens the outlook for Southeast Asia's biggest economy.

Bank Indonesia lowered the seven-day reverse repurchase rate by 25 basis points to 4.75%, joining a string of other central banks around the region that have eased policy in recent weeks to counter the impact of the virus. Nineteen of the 31 economists in a Bloomberg survey predicted the central bank's move while the rest saw no change.

Indonesia is yet to record a single case of the deadly virus, but officials have become increasingly worried about a slump in trade and tourism after China shut factories to contain the outbreak and both countries restricted travel. Bank Indonesia's resumption in rate cuts after four reductions last year comes on top of a fiscal boost from the government to cushion the economy, which was already slowing last year because of the U.S.-China trade war.

The central bank on Thursday lowered its forecast for global growth to 3% from 3.1%, and sees the domestic economy expanding 5%-5.4% this year compared to a previous range of 5.1%-5.5%.

Bank Indonesia will "keep a close watch on global and domestic economic developments in utilizing an accommodative policy mix space," Governor Perry Warjiyo said, signaling the latest cut may not be the last in the current easing cycle. The board remains concerned about a hit to trade and investment from the virus, he said.

Foreign exchange revenue from tourism was likely to fall by $1.3 billion, the governor said, adding that provisions related to the macroprudential intermediation ratio would also be adjusted in a bid to boost lending by commercial banks. The central bank also cut its 2020 forecast for credit growth to 9%-11% from 10%-12%.

The yield on Indonesia's 10-year government bonds was little changed after the decision, while the rupiah was headed for its biggest drop in more than two weeks.

"The new 2020 growth forecast of BI still looks optimistic to me considering the risks from COVID-19," said Euben Paracuelles, an economist at Nomura Holdings in Singapore. "I'm therefore keeping my forecast that BI cuts again by another 25 basis points in the second quarter as growth disappoints, and we're still not seeing clear indications of more fiscal support."

Finance Minister Sri Mulyani Indrawati said Wednesday the virus outbreak will curb growth and put government revenue under pressure. The Trade Ministry has also warned of a deeper hit to exports, which already slumped in January, putting the current account deficit at risk.

"The growth outlook is weak. We have a 5.1% figure, but we have highlighted the risk of growth testing the 5% level in the first half of the year," said Mohamed Faiz Nagutha, an economist with Bank of America Securities in Singapore. "We see the policy rate at 4.5% by mid-year," he said.

While inflation has so far remained subdued, coming in at 2.7% in January, supply disruptions in China are pushing up costs of some foods, such as garlic, which surged almost 70% in Jakarta in one week.

A relatively stable currency provides the central bank with sufficient room to ease policy now. The rupiah, which has weakened in recent weeks, is still up about 0.7% against the dollar since the start of the year, making it the best performer in Asia.