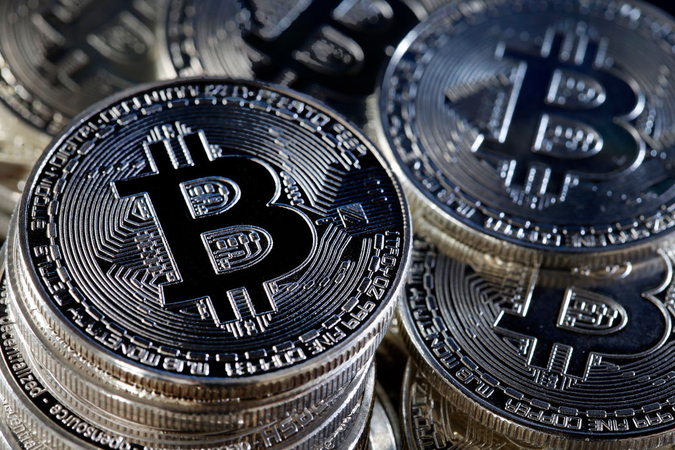 Bitcoin is back, sort of. The original cryptocurrency hasn't regained the lofty highs of its bubble peak in late 2017, but it has climbed back up to about $10,000.

Predictions that bitcoin would collapse have not borne fruit. Despite its bubbles and crashes, the cryptocurrency is now a semi-permanent feature of the global financial landscape.

What it is not, however, is a generally accepted currency. Although many retailers now accept bitcoin, the overwhelming majority of day-to-day payments are done in regular old fiat currency. The mere fact that the dollar price of bitcoin remains an important metric indicates that bitcoin's central value is as a speculative asset, rather than its usefulness as a medium of exchange.

It's fairly obvious why. Because of bitcoin's price volatility, people don't want to hang onto it for very long. No one wants to get their paycheck only to find that it has halved in value by the time it comes to buy groceries. Also, optimists who think bitcoin's value will continue to go up on average over time will be reluctant to part with it in exchange for something ephemeral like a pizza; better to hang onto the BTC and buy pizza with depreciating dollars instead. (Disclosure: I still own a small amount of bitcoin.)

In fact, these two reasons are just different sides of the same coin: Basic finance theory says that in a reasonably efficient market, high expected returns come at the expense of high volatility. An asset like bitcoin, or the U.S. dollar, can be a good investment or can be good for buying stuff, but unless the economy is deeply dysfunctional, it can't be both.

Some economists, however, are thinking about how this situation might change, and whether bitcoin - or some alternative cryptocurrency - might actually replace fiat money as the standard means of payment. This has big policy implications, because if it did become real money, cryptocurrency could interfere with central banks' ability to manage the economy and the price level. It also matters for crypto investors' wallets.

One possibility is that nothing needs to be done, and eventually bitcoin will settle into a new low-volatility equilibrium, making it more suitable as a means of payment. Economists Michael Choi and Guillaume Rocheteau have made a model in which this happens. The problem is that the model sees bitcoin competing with other commodity-like forms of money, such as gold or other cryptocurrencies. Their result relies on the idea that liquid assets will always be in short supply. In reality, bitcoin is competing against fiat currencies that can be produced more or less costlessly.

A more plausible prediction comes from economists Jonathan Chiu and Thorsten Koeppl. Like other economists who have theorized about bitcoin, they view cryptocurrency's fundamental challenge as that of preventing double-spending - in other words, verifying electronically that someone really has the money when they make a payment. This issue of digital trust, after all, is the problem bitcoin was designed to solve.

Chiu and Koeppl suggest that to become useful as a form of money, a cryptocurrency should be inflationary. The people who verify bitcoin transactions, called miners, are now compensated for their usage of computing power by being awarded new bitcoins, but the rewards are decreasing over time. One of the basic ideas of bitcoin, which stems partly from the hard-money beliefs of its creators, is that the cryptocurrency should be deflationary - that its supply should be limited, and its value should increase over time due to increasing scarcity. This means that eventually, miners will have to be rewarded with transaction fees instead of new bitcoins.

Chiu and Koeppl say this is a bad idea. Transaction fees, they note, are levied on a small population - that is, whoever is doing the transaction. To make it worth the miners' while, the fees must be very high, which discourages people from transacting in bitcoin. If miners are instead paid with inflation, the cost gets spread out among everyone who owns bitcoin. Also, transaction fees make a double-spending attack more potentially lucrative, because creating a fake transaction would also save money on the fee. Thus, they recommend sticking with the inflation method of payment, and letting cryptocurrency depreciate over time like the U.S. dollar does.

This could be exactly what cryptocurrency needs in order to turn into real money. Negative expected returns - essentially, a low and stable inflation target - would make bitcoin less attractive as a long-term investment. Instead of hoarding it, people would be fine getting rid of it in exchange for pizza. The currency's value might then stabilize, as speculation decreased.

Abandoning the dream of deflationary digital gold might be hard for bitcoin's adherents to accept. But other cryptocurrencies, such as ZCash, Monero, Dash or Facebook Inc.'s Libra might step in to fill the gap. Of course, they would still have to overcome the technical problem of being able to handle large transaction volumes as cheaply and easily as a credit card company, but Chiu and Koeppl are confident that this is possible.

So ironically, cryptocurrency might only become a currency if it acts more like the U.S. dollar, with a low but predictable inflation target.

This column does not necessarily reflect the opinion of Bloomberg LP and its owners. Noah Smith is a Bloomberg Opinion columnist. He was an assistant professor of finance at Stony Brook University, and he blogs at Noahpinion.