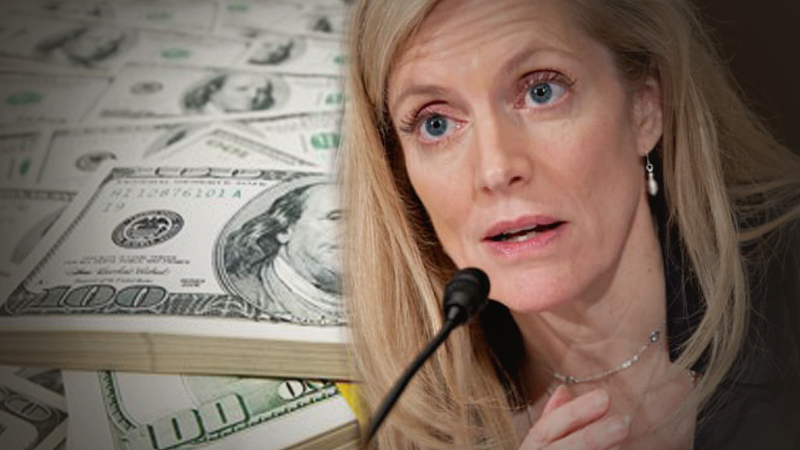 Federal Reserve Governor Lael Brainard on Friday called for the adoption of new strategies by the central bank to achieve its 2% inflation goal and fight off future recessions.

The Fed should seek above-target price gains to make up for past inflation shortfalls and should cap Treasury debt yields if it's forced to lower short-term rates as far as they can go in a downturn, she said in a speech in New York.

"Today's low-inflation, low interest-rate environment requires not only new recession-fighting tools but also a new strategy to address the persistent undershooting of the inflation target -- and the risk to inflation expectations -- well before a downturn," she said.

To that end, monetary "policy may have to remain accommodative for a long time" to make up for past inflation shortfalls, she added.The Fed is engaged in an in-depth review of its policies and practices that is aimed at finding ways to cope with a new normal of subdued inflation and low interest rates. The review is expected to be completed by the middle of this year.In publicly staking where she thinks her fellow policy makers should go, Brainard acknowledged that the changes she was proposing may not be sufficient to fully offset future economic contractions.

"In addition to a forceful response from monetary policy, robust countercyclical fiscal policy is vital," she said in the speech to be delivered to a University of Chicago-sponsored monetary forum.

Brainard, who was appointed to the Fed in 2014, said the Fed should pre-commit before a recession that it will keep short-term interest rates at their lowest level until full employment and 2% inflation is achieved."This forward guidance could be reinforced by interest rate caps on short-term Treasury securities over the same horizon," she said.

The Fed though also needs to shift strategy well before a downturn to combat the risk that an extended period of below-target price gains has led to a decline in inflation expectations, Brainard said.

She called for the central bank's policy-making Federal Open Market Committee to adopt a "flexible inflation averaging approach" that would aim to ensure that price gains average 2% over time.

Under such an approach, the FOMC would make it clear that it would accommodate rather than offset modest upward pressures to inflation - a strategy that Brainard dubbed as "opportunistic reflation."Since the Fed adopted its 2% price target in 2012, the personal consumption expenditures price index has on average risen 1.4%.

Fed officials left interest rates unchanged in a range of 1.5% to 1.75% at their Jan. 28-29 gathering and said the setting was "appropriate" to sustain the U.S. economic expansion and achieve the central bank's goals of maximum employment and stable prices.

The current setting is less than half the 500 basis points in rate cuts that the Fed has made to fight past recessions.