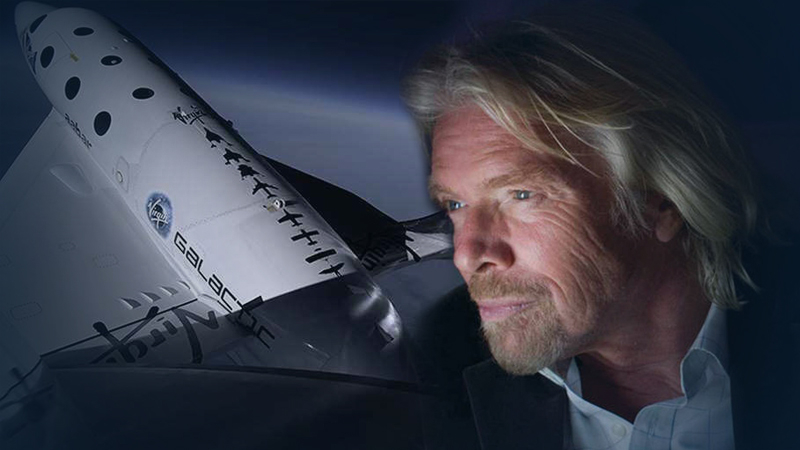 A year ago Richard Branson was on his private island, Necker, when the former Twitter executive Adam Bain came to see him with a proposal for how to take Branson's suborbital space travel company public.

The bearded British billionaire is doubtless glad he took the meeting: After an unsteady start, Virgin Galactic Holdings Inc.'s valuation has rocketed. The stock has surged more than 400% since a low in December, valuing the company at close to $8 billion, or almost 2,000 times the revenues it's estimated to have generated in 2019. (For comparison, Uber Technologies Inc. trades on about 5.5 times last year's revenue).

Vieco USA, a Virgin-controlled entity, still owns more than half of the shares, meaning Branson's net worth - estimated by the Bloomberg Billionaires Index at about $5 billion before the listing - is suddenly a whole lot bigger. The loss-making company is now his most valuable asset.

There haven't been any big company developments to justify such market euphoria, which makes you wonder whether it's sustainable. The stock gains since the start of this year are about double those enjoyed by Tesla Inc.'s rip-snorting shares.

Several hedge funds, including Suvretta Capital Management, which owns 3.4% of Virgin Galactic's equity, have profited from the surge but plenty of its peers are betting that a meeting with cold reality is inevitable. About 30% of the free float has been shorted, according to IHS Markit data. This space battle isn't for the fainthearted, and there's a danger that overenthusiastic retail investors end up getting hurt. On Thursday, the stock rose as much as 13%, erased all those gains, then fell as much as 18%, before closing broadly unchanged.

In fairness, Virgin Galactic's technical achievements are impressive, even inspiring. Branson's company has spent years perfecting its product, giving it a head start in the nascent space tourism business. At $250,000 a ticket for a 90-minute flight (including a few minutes of zero-gravity weightlessness) it could prove to be pretty lucrative. The company might have almost $600 million of yearly revenue by 2023, according to a management projection.

But a lot can go wrong when your business is carrying tourists into suborbital space and twitchy regulators are poring over your every move. Any unexpected delays or interruptions (never mind an accident) would cause the stock to swiftly lose altitude.

As with Elon Musk's Tesla faithful, Virgin Galactic's fans don't seem too bothered by these near-term challenges. One hope among investors is that the company will use the technology and experience gained from ferrying tourists into space to build a potentially far more lucrative market: intercontinental hypersonic flight.

Yet the regulatory hurdles to launching such flights will be daunting. Perfecting the technology will require much more than the $430 million in net proceeds that Virgin Galactic received from the listing. (Virgin Galactic could receive a further cash boost if warrants conveying the right to purchase a total of 31 million shares are exercised for cash.)

It's conceivable, then, that the huge run-up in the stock - if sustained - might tempt Branson to raise more money, just as Tesla did last week with a $2 billion stock offering.

The investor enthusiasm shown for Branson's company won't have escaped Musk's attention either. His Space Exploration Technologies Corp. (SpaceX) has had no trouble raising money in private markets; it's been valued at about $33 billion. But the Tesla founder is also considering a public offering of SpaceX's internet offshoot, Starlink, in a few years, and any market fervor around space investing would make that easier. A hard landing for Virgin Galactic investors could change the dynamic.

For now, Branson could afford to splash out on another private island if he wanted. Or maybe some acreage on the moon.

Bryant is a Bloomberg Opinion columnist covering industrial companies. He previously worked for the Financial Times.