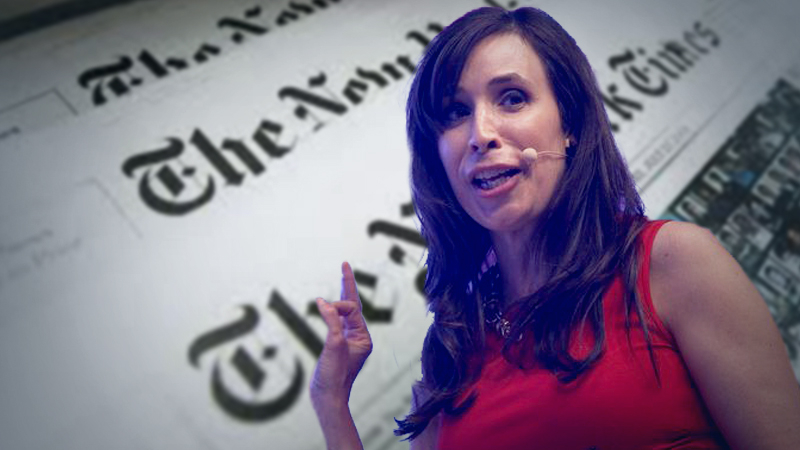 New York Times Co. is leaning toward naming Meredith Kopit Levien as its next chief executive officer, tapping an internal candidate to succeed Mark Thompson after an eight-year stint, according to people familiar with the matter.

Levien, currently chief operating officer, is the front-runner to get the top job, with the move potentially coming as soon as April, said one of the people, who asked not to be identified because the decision isn't yet final. Thompson, 62, was named Times CEO in 2012 after serving as director general of the British Broadcasting Corp.

Thompson would be handing over the reins after turning the Times into a bigger force online. The company's digital subscribers have surged in recent years, letting it hire more journalists and offset the decline of advertising revenue. Shares of the Times have climbed fourfold under his watch, far outpacing the S&P 500.

Levien, who's in her late 40s, joined the Times in 2013 as head of advertising after serving as chief revenue officer at Forbes Media. She was named operating chief in 2017, overseeing teams that are responsible for consumer revenue, advertising, digital products, live events and other things.

Levien wouldn't be the first female CEO at the Times. Janet Robinson held the job for seven years before she was pushed out in 2011 after a period when the company struggled financially and its stock price plummeted.

Levien has steered the Times toward more nontraditional advertising deals, as much of the online ad market is dominated by Google and Facebook. She helped build the Times' in-house custom ad agency, T-Brand Studio, and got the publisher to focus on deeper ad partnerships with big companies like Verizon Communications, as opposed to traditional display ads. The less-predictable timing of such deals has made ad revenue more volatile from quarter to quarter.

In 2019, the paper added more than 1 million new digital-only subscriptions -- and the growth helped propel the company's stock to its highest in 15 years. The subscriber increase has been partly driven by President Donald Trump's ability to create a never-ending news cycle that attracts more readers to the Times. But the Times has also become more sophisticated at acquiring and retaining subscribers by using tactics like $1-a-week promotions and requiring readers to register and log in to read more articles.

The Times has also invested heavily in marketing, such as a recent "The Truth Is Hard" campaign highlighting the work of its journalists.

And the company has launched podcasts and added more subscribers to its non-news offerings, such as its Crosswords and Cooking apps. Early last year, the paper set a goal of 10 million total subscribers by 2025, and it's more than halfway there, tallying 5.3 million paying customers for its print and digital products.