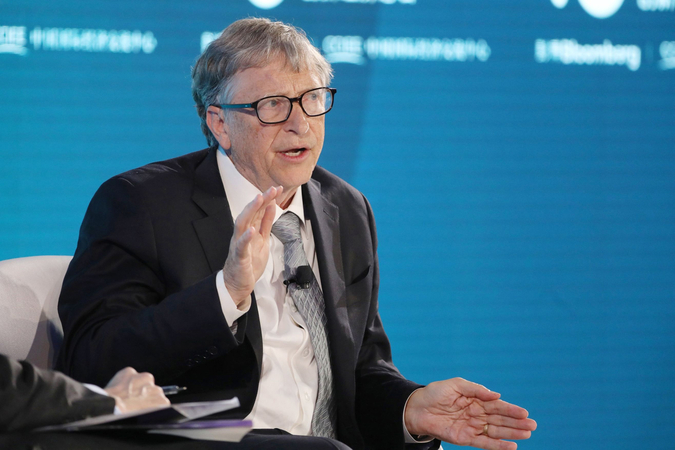 Breakthrough Energy Ventures, helmed by Bill Gates, and MIT's The Engine fund are leading an investment round of $20 million for Lilac Solutions, a U.S. startup aimed at making the extraction of lithium less water-intensive and more sustainable.

As the world looks to cut carbon emissions, people are increasingly turning to lithium-ion batteries for solutions such as powering electric vehicles or storing renewable energy. While there's enough lithium available to meet today's demand, BloombergNEF expects the market could see a shortfall as soon as 2023 as demand for the metal grows fourfold over the next decade.

About 75% of the world's lithium is trapped in underground deposits of briny water that contain a mixture of salts. The typical way to recover lithium is to pump the water to the surface into miles-long salt ponds and let the water evaporate. What remains is then treated with chemicals, processed, washed, and filtered to leave behind the lithium.

BNEF estimates that each ton of lithium extracted from brine requires 70,000 liters of fresh water. Making matters worse, much of lithium mining happens in regions that are already water-stressed. In Chile's Atacama Desert, for example, mining activity is wrecking the ecosystem and straining local communities.

Evaporation pond extraction is also quite slow: It can take up to two years for brine to yield usable lithium. And the process is able to recover only about 50% of the lithium present in the brine. All that raises the upfront capital cost and slows down the pace at which new mines can be started.

Lilac Solutions, based in Oakland, California, is a one of a handful of startups deploying technologies that could drastically cut water use, lower capital expenditure, and make lithium-extraction more energy efficient. Instead of waiting for the sun to heat evaporation ponds, Lilac uses ion-exchange beads that are able to selectively remove lithium and leave behind magnesium, calcium, boron, and other unwanted minerals. Once the beads are saturated, they're treated with an acid to extract the lithium and can then be used again.

The process does away with the need for large evaporation ponds and is able to return the lithium-depleted brine back underground, according to the company. It also cuts down the amount of time needed to extract lithium from brine to mere hours. And the beads are selective enough to recover about 90% of lithium in brines.

Other companies have tried to build these ion-exchange beads in the past, but they were either not selective enough at picking lithium out of the mixture of minerals or fell apart after just a few cycles, said Chief Executive Officer David Snydacker. The Lilac beads are the product of an obsession with lithium-ion batteries that started during his PhD research at Northwestern University.

Lilac's process also cuts energy use and thus greenhouse-gas emissions. Breakthrough Energy Ventures looks to invest in startups that are each capable of cutting emissions by 500 million metric tons annually. The fund's investors include Jeff Bezos, founder of Amazon.com Inc., and Jack Ma, co-founder of Alibaba Group Holding. Michael Bloomberg, the founder and majority owner of Bloomberg LP, is a backer of Breakthrough.

The new round of funding will allow Snydacker to create a manufacturing line in California. The company intends to partner with existing mines rather than open its own; the first pilot using Lilac's technology will start in Argentina later this year, in partnership with mining company Lake Resources. If it works, Snydacker hopes to deploy the technology to extract lithium from unconventional sources, such as oil fields and geothermal power plants, which both produce copious amounts of brine.

Lilac's competition is growing. Other startups in the space such as Rincon Ltd., Tenova, Adionics, and Summit Nanotech are all launching pilot plants. Some use ion-exchange technology like Lilac others use either nano-filtration (essentially filters small enough to separate charged atoms) or solvent extraction (chemicals that have affinity for lithium).

The demand for lithium is growing rapidly, according to BNEF metals analyst Sharon Mustri. "The main challenge for these startups is to scale up," she said.