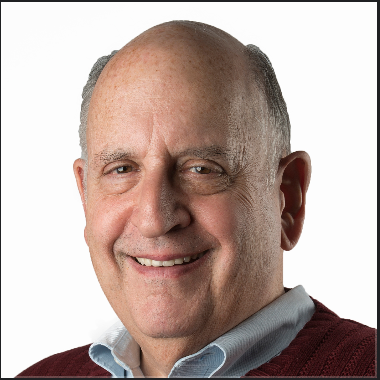 Allan Sloan is a columnist for The Washington Post. He is a seven-time winner of the Loeb Award, business journalism's highest honor.

OK, tax-filing season is almost upon us. So let me offer you a tax quiz.

How can a company make a charitable contribution and then show itself getting a tax benefit that's much higher than its income tax rate?

No, the answer isn't "fraud." Or a special ruling from the IRS. Or some ultra-clever, ultra-tacky tax dodging.

Rather, it's a classic example of how corporate accounting works. Or doesn't work.

And it's also a classic example of why, as I wrote last month, you can't figure out from a company's financial statements how much federal income tax (if any) it pays for a given year.

So now, let me show you how BlackRock Inc., the nation's biggest asset manager, managed to show a $241 million tax benefit by donating to charity $589 million of stock it owned in a mortgage company called PennyMac. Those PennyMac shares went to two foundations affiliated with BlackRock, which over time will sell them and use the money to fund various programs.

That $241 million benefit is a bit more than 40 percent of the size of the donation. On first blush, that doesn't seem right. According to BlackRock's 2019 financial statement, the company paid a combined federal, state and local income tax rate of 22 percent. So a $589 million donation should have yielded around $132 million in tax savings.

So what closes the gap in its reported tax benefit? It's the result of a benefit that appears only in the company's accounting - but doesn't actually involve real dollars the company has to pay or that taxpayers do or don't receive.

It does have a practical effect, however. For years, BlackRock's reported earnings were artificially reduced by accounting charges for taxes that it might have to pay in the future. And for this year, BlackRock's earnings will be artificially inflated because those charges have just been reversed.

Let me explain. Or try to explain.

In 2008, with the financial crisis in full swing, BlackRock invested $34 million to help create PennyMac. To invoke a baseball cliché, that investment was a grand slam home run (without requiring BlackRock's players to steal any competitors' signs) that ultimately became worth more than 20 times what BlackRock paid for it.

Under accounting rules, BlackRock had to set up a "deferred tax" account for taxes that it would have owed had it sold its PennyMac stake or distributed it to BlackRock shareholders. This account is simply a line in the company's books - it did not actually require the company to set aside any cash.

But because BlackRock donated its entire PennyMac holding to charity earlier this month, there will never be any tax due on the gain. So BlackRock wiped out the deferred tax account, generating a tax benefit. Combine that with the deduction from donating the stock and - voilà - you have a 40 percent tax benefit.

Normally, I'm critical of companies' tax avoidance moves. But this one strikes me as perfectly OK. After all, BlackRock is getting the same deal that you would get if you paid $1,000 for stock that was worth $20,000 when you donated it to charity.

Like BlackRock, you'd get a tax deduction equal to the value of the shares you donated and wouldn't owe any tax on the difference between your cost and the shares' value on Donation Day.

This is the second time that BlackRock donated PennyMac stock. In 2013, it donated $124 million worth, and showed a $57 million tax benefit for earnings purposes. (That 46 percent rate is higher than the 40 percent rate on its recent donation, presumably because the federal corporate tax rate was 35 percent in 2013, compared with today's 21 percent.)

"People donate appreciated securities all the time, it's a standard practice," said Bob Willens, of Robert Willens, who first brought the deal to my attention. "But this is the first time I've seen a company do it."

Perhaps this donation and its related tax will spur other companies to make similar donations of appreciated holdings.

And perhaps BlackRock, which preaches - quite properly - about the need for corporate transparency and social consciousness, will someday show us the detailed tax numbers for its PennyMac donations. And for that matter, disclose how much federal tax it owes for a given year, and urge companies in which it's a major investor to do the same.

I'm not predicting that will happen. But hey, you never know.