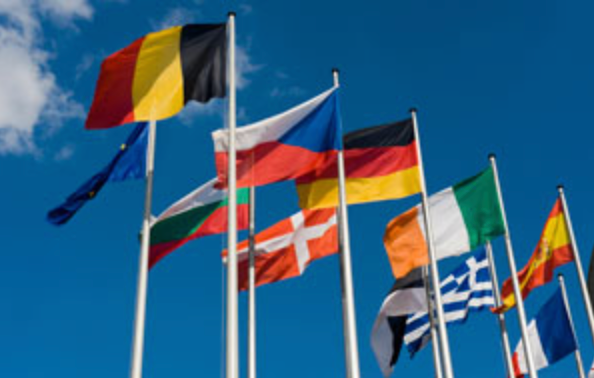 Italy appears never far from a recession, and the spread of the coronavirus may just tip it back into the danger zone.

Long Europe's weak link, it now has to deal with a jump in infections and a government lockdown in an area that's both the country's financial center and its industrial heartland. Carmaker Fiat ordered all those in affected areas to work from home, while fashion designer Armani closed its Milan offices as well factories in Italy's north for a week.

Not only does the crisis pile pressure on an economy that shrank at the end of 2019, but a renewed slump could also batter a euro zone struggling to shake off a prolonged slowdown.

Italy's fragile ruling coalition is trying to ease the financial burden on companies in the region. But if more is needed, it's not clear where it could drum up a bigger cushion. The European Central Bank's armory is depleted, and domestic fiscal support would weigh on an already stretched budget. The country's debt ratio is already almost 140% of gross domestic product.

"Although quarantine is recommended, one has to take into consideration that's its going to paralyze a core part of the country," said Raffaella Tenconi, chief economist at ADA Economics. "You are already looking at a very significant hindrance to growth without not much else in terms of stimulus."

She said if the situation isn't cleared up quickly, a 1% GDP contraction in Italy this year is "plausible." That would be the worst since the height of the European debt crisis in 2013.

Recession concerns pushed Italian stocks and bonds lower. The FTSE MIB Index slumped as much as 4.4%, the largest daily decline since September 2018. That fear was echoed in stocks across the world.

Analysts at Citigroup said the hit to Italy's economy this quarter could be big, even if containment lasts for only one week.

"The likelihood that these measures are extended for more than one week is probably quite elevated, if the Chinese developments are of any guidance," they said in a note Monday.

The numbers don't add up for Italy if more fiscal support is needed, but a full-blown crisis could see European Union authorities allow some leeway in the application of its strict rules.

Yet for that to happen, country's squabbling politicians have to agree to a response. Prime Minister Giuseppe Conte is already under fire by populist leaders for not acting sooner on the outbreak.

Even before the virus, Deputy Finance Minister Antonio Misiani acknowledged this month that it will be harder for the country to hit its full-year growth target.That goal was already pretty feeble, just 0.6%, or half the pace expected for the euro area. The economy, which grew 0.2% in 2019, was last in technical recession (identified as two consecutive quarters of contraction) in the previous year.

The virus was the dominant topic at the meeting of Group of 20 central bankers and finance ministers in Saudi Arabia at the weekend. Trade and supply chains have been disrupted, and the International Monetary Fund expects lower global growth because of the outbreak.

Bank of Italy Governor Ignazio Visco said monetary policy may not have the firepower to help if the crisis worsens. He repeated a view long held by central bankers that governments must step up with extra spending to prop up growth.

"If we don't see a rapid V-shaped effect there must be some decision to act in a coordinated way," he said. "We must use fiscal policy because monetary policy is already very very accommodative around the world, and it's uncertain that we can do more on that."