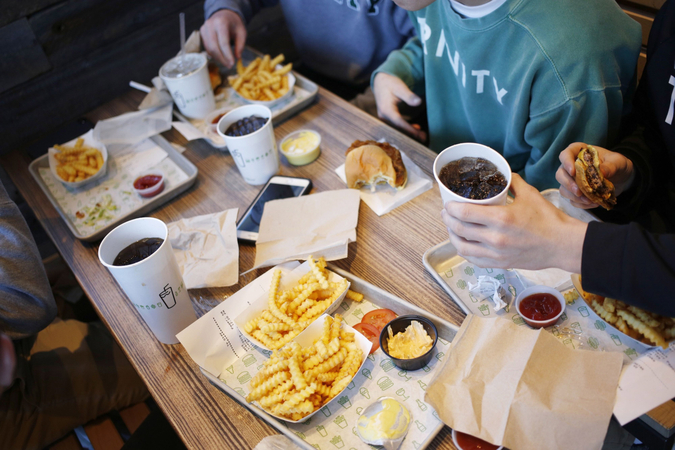 Shake Shack tumbled in late trading after the burger-and-fries chain gave a revenue projection for 2020 that fell short of analysts' projections.

Comparable-store sales - a key measure of restaurant and retail performance - and revenue also fell more than anticipated in the fourth quarter, as delivery growth slowed amid a shift to a partnership with Grubhub.

The stock fell as much as 14% in late trading.

The company is expanding in both the U.S. and internationally, and with restaurant competition as fierce as it's ever been, investors may be spooked by any signs that sales growth is tapering off. Expansion into suburban areas means lower average unit sales, and the chain is also facing pressure from higher wages and increased staffing. It's trying options such as a four-day work week to attract and keep workers.

"We recognize this level of growth and investment, at times, can have a near-term impact on same-Shack sales and other aspects of our financial performance, but we believe the company will ultimately benefit from this strategy over time," Chief Executive Officer Randy Garutti said in a statement.

The company sees revenue of $712 million to $720 million this year - that trails the $736 million average estimate of analysts compiled by Bloomberg. Same-store sales, meanwhile, fell 3.6% in the fourth quarter, deeper than the projection for a 2.8% drop from Consensus Metrix.

Shake Shack decided last summer to partner solely with Grubhub for delivery services. The chain said that while most of its restaurants were still using multiple providers as of the end of the fourth quarter, its delivery channel experienced "a significant slowdown" in growth compared with earlier in the year.