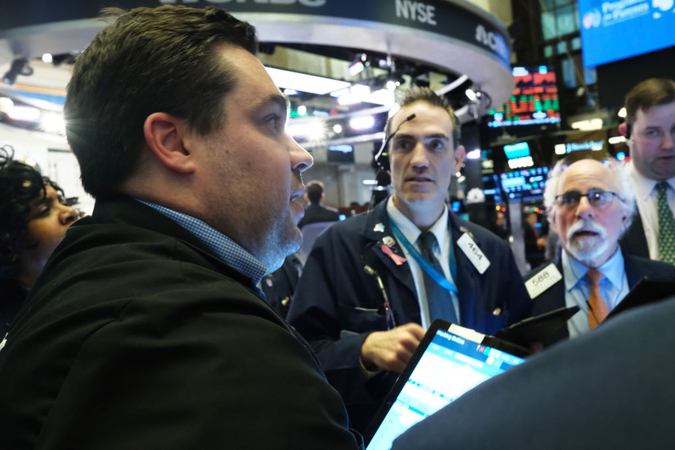 Fear over the economic fallout from the spreading coronavirus continued to rattle global markets, sending U.S. equities to a seventh straight loss and sparking demand for safe assets from Treasuries to the yen.

The S&P 500 fell 0.8% Friday, rallying back in the final 15 minutes of trading from losses that topped 3%. The index is mired in its longest slide since 2016 and plunged 11% in the five days for the worst week since October 2008. The Dow Jones Industrial Average sank to the lowest since June. The Cboe Volatility index hit the highest in two years. The Nasdaq indexes ended higher.

Treasury yields plunged to all-time lows, with the two-year sinking 15 basis points to 0.90%. Crude hit $45 a barrel, while gold tumbled the most intraday since June 2013. European shares sank to the lowest since August.

Battered bulls got a boost when Federal Reserve Chairman Jerome Powell said the central bank is monitoring the virus and will act as appropriate, adding that the "fundamentals of the economy remain strong." Bank of America strategists now expect the Fed to cut rates by 50 basis points at its March meeting. White House Economic Adivser Larry Kudlow suggested investors "buy the dip."

Banks led the sell-off, with JPMorgan sinking 4%, as travel restrictions took hold and trading floors scrambled for contingency plans if offices are required to close. Airlines tumbled after Lufthansa curbed short-haul flights and United pared back travel in Asia.

U.S. equity markets shuddered as the World Health Organization raised its global risk level for the virus and a White House official suggested some schools could close. More major companies warned that disruptions could upend sales and profit forecasts. Germany said it will intensify border checks and Switzerland banned large events, leading to the Geneva car show being canceled. Iran and South Korea revealed more infections while the first cases appeared in Mexico and Nigeria, Africa's most populous country.

"Investors are selling stocks first and asking questions later," Keith Lerner, SunTrust's chief market strategist, wrote in a note. "We are seeing signs of pure liquidation. 'Get me out at any cost' seems to be the prevailing mood. There is little doubt the coronavirus will continue to weigh on the global economy, and the U.S. will not be immune. There is much we do not know. However, it is also premature to suggest the base case for the U.S. economy is recession."

Downgrades to the global outlook keep rolling in and money markets now see three Federal Reserve interest-rate cuts this year. Bank of America predicted that the global economy will see its weakest year since the financial crisis as the virus damages demand in China and beyond.

"Asset prices diverged significantly from growth in the past year, in part because of central bank policy, but also because passive investment's main signal is price action," reckons James McCormick, global head of desk strategy at NatWest Markets. "The COVID-19 escalation runs a real risk of virtuous cycle turning to a vicious one. Either way, given where growth estimates are heading for the next few months, I'd expect more downside."

- The yield on 10-year Treasuries declined nine basis points to 1.17%.

- The yield on two-year Treasuries decreased 13 basis points to 0.93%.