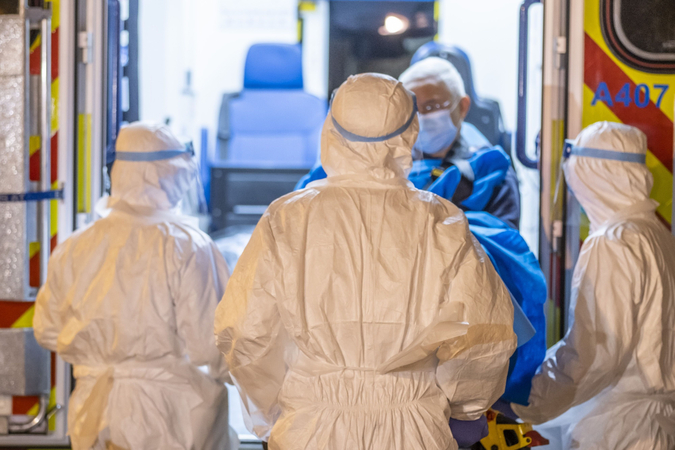 Major companies are beginning to cancel conferences and travel plans within the United States due to the coronavirus, which analysts warn will have cascading impacts on the country's hotels, airlines and convention centers.

International travel - particularly to Asia - has so far been the hardest hit part of the industry, though analysts say that could soon change as fears of the coronavirus spread to Europe and North America. Hotels around the country have begun reporting a rise in group cancellations. Airlines, meanwhile, are doing away with cancellation fees as jittery travelers rethink their plans.

"The cancellations are starting to move toward North America," said Scott Solombrino, executive director of the Global Business Travel Association, which estimates that the slowdown in global travel has already cost American businesses $7 billion this year. "Obviously the concern is that this will have a long-term impact on the U.S. economy."

Analysts said wide-scale cancellations - which so far have been concentrated in large cities such as New York, Washington and Los Angeles - are starting to hit smaller U.S. cities, as companies change their internal travel policies.

Workday called off a sales conference in Orlando, Florida, next week, while Facebook is canceling its F8 developer conference scheduled for early May in San Jose, California. Amazon this week told employees to put off "nonessential travel" in the United States, though it did not offer details on what types of trips would qualify. (Jeff Bezos, the founder and chief executive of Amazon, owns The Washington Post.)

Mounting cancellations, analysts said, are likely to have ripple effects throughout the economy, particularly for upscale hotels that rely on group bookings for about one-third of their sales, according to Jan Freitag, senior vice president of lodging insights for STR, a hospitality research firm.

"The most noticeable impact so far has been in group travel, with large conferences around the world being canceled," he said. "These large group conferences take years and years to plan. If they don't happen now, there is a good chance they won't happen at all."

Executives at Marriott International, the world's largest hotel chain, said this week that group bookings in the United States have started to take a hit. The Bethesda, Maryland-based hospitality giant said much of the impact so far has been concentrated in Asia, where it has 800 hotels.

"To date, we have not yet seen a significant impact in the U.S., and our first quarter is off to a solid start, but the situation is fluid," Leeny Oberg, Marriott's chief financial officer, told CNBC on Wednesday. "We have seen a handful of citywide cancellations."

Booking Holdings, which owns Priceline, Booking.com and Kayak, said this week that it expects hotel room bookings to fell as much as 10 percent this quarter because of the coronavirus.

"Every day we think we could be near a bottom, and every day we are not," Helane Becker, an airline industry analyst for Cowen, wrote in a note to clients this week. "The virus has spread, and the question is how much do people change their travel plans."

Hosteling International USA, which oversees nearly 50 properties around the country, said group cancellations are on the rise. Individual travelers, though, are "so far going strong," spokeswoman Netanya Trimboli said.

The company is taking extra precautions by training employees on how to properly clean surfaces and encouraging them to stay home if they feel sick. New signs at its hostels remind guests to wash their hands and cough into their elbows.

Other hotels also report stalling demand, as Americans put off travel plans. But analysts say the largest impact on the hospitality market could come from a slowdown of Chinese visitors, who last year contributed $34 billion to the U.S. economy, according to Philadelphia-based Tourism Economics. Chinese visitors typically spend about $6,000 and spend an average of 15 nights in a hotel while in the United States, the firm said. It expects the number of Chinese travelers to the United States to drop by 25 percent this year.

"Right now there's a lot of uncertainty," said Adam Sacks, president of Tourism Economics. "It's shaping up to be very similar to SARS, when we saw very severe impacts."

This time, he said, could be worse: Visits from China to the U.S. have grown nearly 13-fold since 2002, making a possible coronavirus outbreak much more devastating to the U.S. economy than the SARS epidemic was in 2003.

"Reservations are at a standstill," said Kim Lee, who handles sales at Arc The.Hotel, a boutique property in a Washington, District of Columbia, neighborhood, where multiple groups have canceled reservations in recent weeks. "We've seen a real decline."