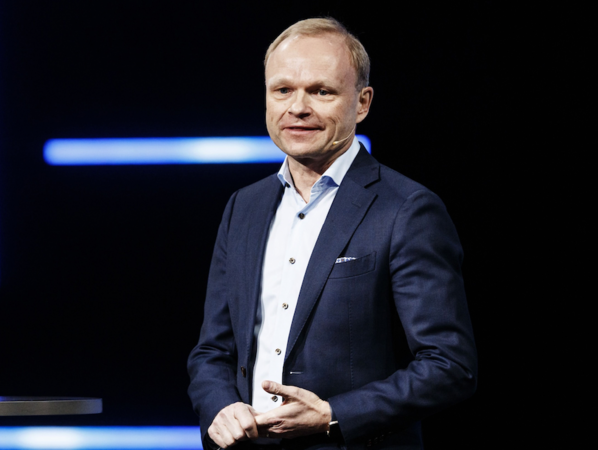 Nokia's next chairman, Sari Baldauf, is getting a headstart by choosing a combative dealmaker to put the network equipment maker back in the race for 5G networks.

Fortum CEO Pekka Lundmark, who will replace Rajeev Suri in September, is a long-term Baldauf ally who is riding high after winning a long, politically-sensitive battle for control of German energy company Uniper.

Lundmark will need more of that staying power to dig Nokia out of the worst crisis since the collapse of its wireless handset business a decade ago. The Finnish company is falling behind Chinese rival Huawei Technologies Co. in the battle to dominate 5G rollouts and its shares have lost a third of their value in a year.

Baldauf is following the playbook of Nokia's Swedish arch-rival Ericsson, which also appointed a corporate veteran from its home country to take a fresh look at a faltering business. The move has paid off after CEO Borje Ekholm simplified Ericsson by selling some units, exiting unprofitable contracts and investing in the company's core products.

Lundmark and Ekholm are the same age, 57, and are both trained engineers. Ekholm has been rewarded with a 44% share price gain since he started the job in January 2017.

"We expect Nokia to introduce large structural reforms and austerity measures under its new management in order to lay the foundations for a healthy long-term business," Mikael Rautanen, an analyst at Finnish brokerage Inderes, wrote in a note.

Huawei has sucked business opportunities away from Nokia and Ericsson and concerns that the Beijing government could use the Chinese vendor's equipment for spying have yet to bring a dividend for its two rivals.

Under Suri, Nokia went all-in on a strategy to broaden its portfolio so it could provide a full suite of products and services for operators who are building new networks. The approach is being sorely tested during the first wave of 5G rollouts, where the focus is on replacing base stations and radio access networks.

After a shock profit warning last year, Nokia is now exploring options ranging from asset sales to mergers, people familiar with the matter said last week. Chairman Risto Siilasmaa said Monday that no strategic actions are underway and that Lundmark will get a chance to make any adjustments he sees fit after he starts work in September.

Lundmark got his first training in business leadership at Nokia during the 1990s, when it transformed itself from an unwieldy conglomerate into a global leader in mobile phones and network equipment.

Baldauf, who succeeds Siilasmaa as chairman next month, was Lundmark's boss through much of that period, and later recruited him to Fortum from Konecranes Oyj.

"I wasn't really planning on leaving, but then Sari Baldauf called," Lundmark told Finnish public broadcaster Yle in December, explaining his decision to leave the crane maker. "After ten years it may be good for a company, as well as the CEO, to have someone else take over and bring in fresh ideas."

Lundmark's Uniper victory cost the German company's CEO and chief financial officer their jobs. While he insisted that he'd wanted a friendly partnership with Uniper, the executive teams fell out in a spectacular fashion in one of Europe's most acrimonious energy takeovers in years.

The wisdom of the move on Uniper is still to be seen: The deal plays to Fortum's strength in generating power from hydro and nuclear plants in Northern Europe, while throwing it into the bear pit that is the German energy market and the country's politically-charged exit from coal.