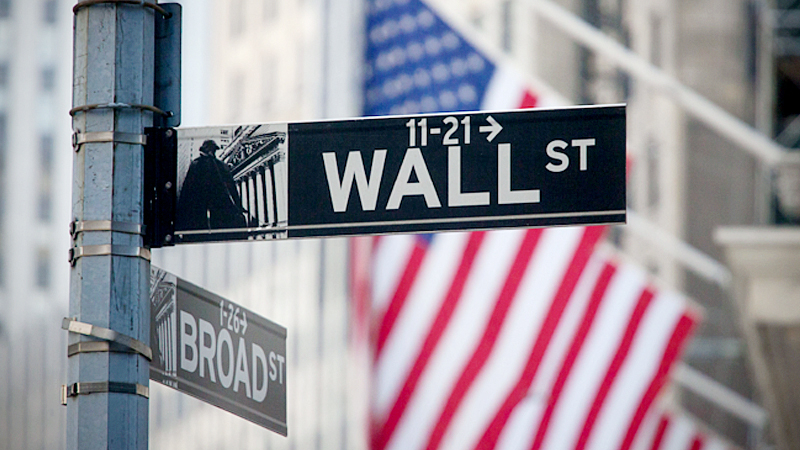 Wall Street ended its tempestuous, week-long coronavirus ride on Friday with all three major stock indexes in the red for this year and with a critical economic indicator flashing caution.

The Dow Jones industrial average finished Friday down more than 250 points, rallying hundreds of points in the final minutes of the trading session. The blue chip index dropped despite a strong jobs report Friday that exceeded analysts' expectations. The Standard & Poor's 500 and Nasdaq composite declined nearly 2% each.

Contributing to the sell-off was the alarming drop in the 10-year Treasury yield, which at its current price means bonds are paying less than 1% interest. The 10-year note is a crucial global financial measure that can be an indicator of future economic health, as well as a marker for mortgage rates and car loans. Investors are fleeing equities for the safety of the 10-year notes, which are viewed as a bulwark against financial mayhem.

"The low yield on the 10-year Treasury is a sign that the investors are very concerned about future growth in the economy," said Eric Jacobson, senior fixed income research analyst at Morningstar. "That's what happens. When people are worried about everything else, they run to Treasurys because they know they are going to get paid back."

Despite all the turbulence, which included several thousand-point swings in the Dow, the stock market ended the week higher from where it began. But it is still down sharply where its peak in mid February, and the coronavirus's spread in the United States and elsewhere has many investors concerned that economic problems will only worsen.

Asian markets were less bruised then Europe, due in part to reports that Chinese industries may be stabilizing. Hong Kong's Hang Seng Index declined 1% and the tech-heavy Shanghai Index slid 1%. Japan's Nikkei was down around 3% early Friday.

"While the rest of the world is freaking out, China's going back to work," said Mark Greeven, professor of innovation and strategy at the IMD business school in Lausanne, Switzerland, in an email.

All 11 Standard & Poor's stock market sectors lost value Friday, with energy shellacked by a 10% drop in the price of a barrel of oil. Only four of the 30 Dow Jones components were in positive territory heading into the final minutes of the session.

The price of oil dropped sharply Friday as talks between OPEC and Russia over production cuts collapsed without a deal. Brent crude was down 8%, to about $46 a barrel by late morning Eastern time.

Saudi Arabia had pushed hard for a reduction of 1.5 million barrels a day in order to prop up the price as world demand for oil weakens in the face of the covid-19 epidemic. But Russia, which has been in a cooperative arrangement with the Organization of the Petroleum Exporting Countries since 2016 called OPEC+, believes it can weather lower prices. Cheaper oil would allow Russia to maintain market share while putting a squeeze on American shale producers, who have dramatically increased production over the past four years but face higher expenses.

But the apparent failure to reach an agreement at the OPEC meeting in Vienna Friday threatens to rupture Russia's ties with the cartel, although the Russian news agency TASS reported that Russia has asked for more time and is agreeable to further talks.

As Russian Energy Minister Alexander Novak left the meeting Friday, he told reporters, "We have just signed a joint document that we will continue to work and interact," according to the Ria Novosti news agency.

The breakdown "is an unexpected development that falls far below our worst case scenario and in our view will create one of the most severe oil price crises in history," Bjoernar Tonhaugen, head of oil market research for Rystad Energy, a Norwegian firm, wrote in a note. "The decision risks sending oil prices into a free-fall."

"This is an existential threat to many oil companies if the price per barrel doesn't stabilize and go higher," said John Kilduff of Again Capital. "Many of the companies are unprofitable when oil prices are under $50 per barrel. They will drop like flies over the course of the second half of the year if prices don't move higher."

Low oil prices hurt the petroleum industry, but consumers benefit because of lower gasoline prices and home heating costs. Because oil is a base ingredient in many products - from drugs to plastic - low prices can help blunt inflation.

The strong jobs report on Friday did not move the market much. The U.S. economy added 273,000 jobs in February, showing impressive growth and strength even amid concerns about the economic fallout of the coronavirus.

The unemployment rate fell slightly to 3.5% from 3.6%. The jobless rate remains near a 50-year low. The outstanding growth was driven by gains in health care, restaurants, government and construction hiring.

At Thursday's close, U.S. stocks had declined a total of $3.67 trillion in value since the market's high on Feb. 19, according to Howard Silverblatt of S&P Dow Jones Indices.

"The easiest path during this period of uncertainty is to sell first and ask questions later," said Sarat Sethi of Douglas C. Lane & Associates. "People need to be prepared for this to continue for a little while. The reaction to this virus will slow economic activity for at least the next couple of quarters. But it won't permanently impair the economy."

The three leading U.S. stock indexes tipped into a correction for the second time this week on Thursday. A correction is a 10% decline from recent highs.

All 11 S&P sectors had finished negative, with financials, industrials and energy the worst performers. All 30 Dow blue-chip stocks were in the red. United Technologies, aerospace giant Boeing, JP Morgan Chase and Goldman Sachs were among the Dow's biggest drags. Profits for financial firms decline in a low-interest rate environment.

The markets had been seesawing all week. Thursday's market trauma followed an exuberant Wednesday when investors - heartened by Joe Biden's Super Tuesday victories - propelled the Dow nearly 1,200 points upward, more than 4.5%, while the S&P 500 and the Nasdaq climbed 4.2% and 3.85%, respectively. The bounce came after the International Monetary Fund committed $50 billion to fight coronavirus in low-income and emerging-market countries.

Lack of clarity on where the virus was headed had dulled investors' attempts to bring some equilibrium to stock and bond markets.

"Despite all the talk about the virus, the truth is that no one knows what path it will take, how long it will last, and how severe it will be," said Nancy Davis, chief investment officer of Greenwich, Connecticut-based Quadratic Capital in a note this week. "So the uncertainty will continue to feed higher volatility."

The decline in the yield of the 10-year Treasury note isn't all bad. Many lenders mark their interest rates to the 10-year, and that can have a salutary effect on the economy, driving mortgage rates down, spurring borrowing for businesses and home-equity loans as well as spending in general. On Thursday, mortgage rates also hit record lows.

The market mayhem failed to ease even after President Donald Trump on Friday signed a $8.3 billion emergency spending bill to combat the coronavirus that the Senate passed on Wednesday.

The money includes research funds to find a virus vaccine and assistance to local communities to combat the epidemic. It also will help fund small businesses to help them navigate the crisis.

The global death toll from the coronavirus had surpassed 3,200, and more than 97,000 people have been infected. The outbreak's hold on the United States is also tightening, with California declaring a state of emergency after its first coronavirus-linked death brought the nation's death toll to 11.

The outbreak has disrupted global supply chains and threatens to stymie economic growth since the first cases emerged in Wuhan, China, in late December, roiling markets across the globe. Trump has staked much of his argument for reelection on the strength of the economy and of Wall Street, which had been setting record highs as recently as three weeks ago.

Global travel is plummeting as event cancellations and travel restrictions mount, delivering a brutal blow to tourism, aviation, cruises and hospitality. Airline stocks rebounded Friday after White House economic advisor Larry Kudlow said the administration was considering a stimulus to cushion the industry from the effects of the coronavirus on travel.

Delta Air Lines, American and Southwest all spiked on the news.