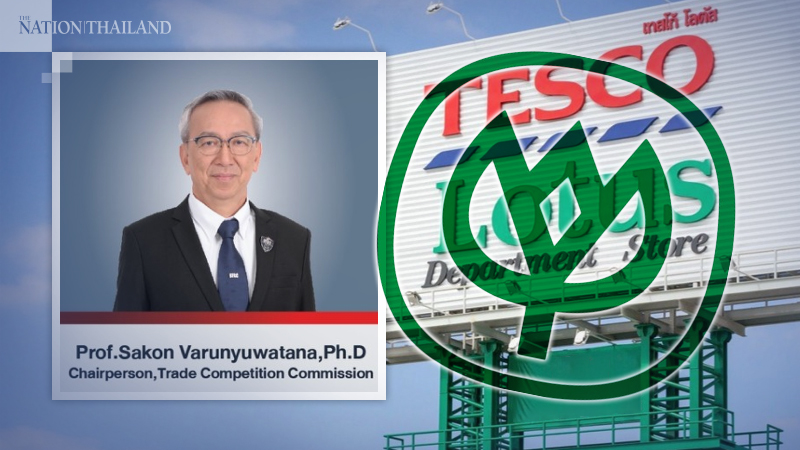 The Bt332.6-billion mega deal between UK-based Tesco and Thai conglomerate C P Group will be subject to scrutiny as to whether it would lead to a retail market monopoly before it can be approved by the Trade Competition Commission, Sakon Varanyuwatana, chairperson of the anti-trust commission, told the Nation on Monday (March 9).

"We are waiting for the parties involved to submit details of the deal , under which Chareon Pokphand Group will acquire all of Tesco Asia," Sakon said.

His comment came after announcements of the deal by Tesco and the CP Group.

He said the commission had closely monitored reports on its progress but refrained from making comment as it could affect ongoing negotiations and the stock prices of both parties.

Now that the deal has been publicly announced, the commission expects both Tesco and CP to provide details of the arrangement and seek approval from the commission, he said.

Given CP All already operates 7-eleven convenient stores nationwide, it might amount to a market monopoly and power over other retail store chains if it also acquired the Tesco Lotus brand, Sakon explained.

Tesco announced on Monday (March 9 ) sale of its business in Thailand and Malaysia to CP Group in a deal worth $10.6 billion (Bt332.6 billion).

CPAll and CPF informed the Stock Exchange of Thailand of their investment in Tesco Asia on Monday.  Charoen Pokphand Holding is not a listed company.