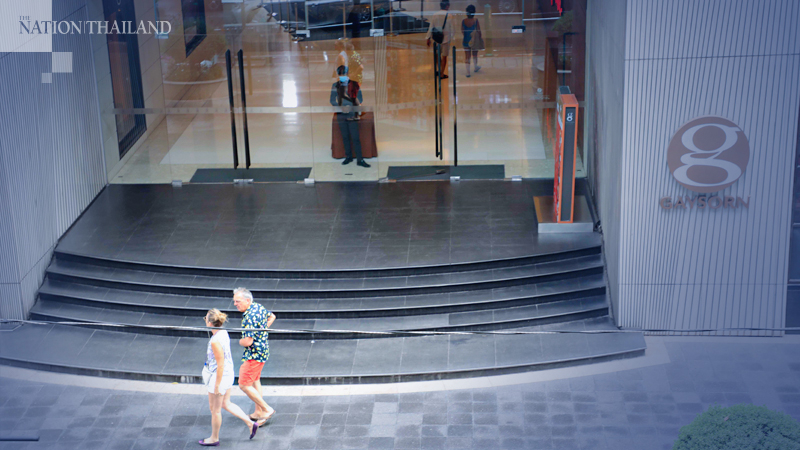 CPN responds to tenant's complaint to The Nation: We have issued several measures to deal with Covid-19 situation

A tenant has complained to The Nation that department store tenants are facing financial burdens stemming from low sales as much fewer customers and tourists visit their shops amid fears over Covid-19. She said she asked for a temporary reduction in the cost of rent but received a cold response from the landlord.

She said her landlords range from CPN and Emporium to KP Development. Her office has raised concerns about the low number of customers and asked for a rebate/discount on the rent for a couple of months.
According to her, “they said it is not their problem if tenants don’t have enough money to pay rent”. They added: “We have many potential tenants who can take over if you cannot pay as our contract does not state that we need to give you a discount if there is an economical problem or the government does not support you. Why should we cut our profits just to help you?”
“How can the landlord only think of profits and not care for local businesses with fellow Thai employees?” the tenant asked. “I have 66 employees, all above 40 years old. I give the landlords three to six months of rental deposit. On top of that, since 2019, they have changed our lease to yearly and said it’s normal so they can increase rents every year if the economy is bad. We spend a lot on renovating our business premises. Why is this normal practice here? At first they let you sign a contract of two to three years, after they know you have renovated the place nicely, they change the lease contract to yearly, with a 15-20 per cent rent increase,” she complained.
“For example, Central Lad Phrao with not a lot of residences around charges the exact same rent as an Emporium Tower office. Close to Bt400,000 for a space less than 188sqm,” she claimed.
“Will the government come up with some help for retailers and offices? There are many businesses closing down as of today and many people are losing their jobs. My purpose to come here [to The Nation] is to ensure jobs are not lost,” she added.
The Nation passed on her complaint to the one of the landlords, Central Pattana (CPN).
CPN replied that it has issued numerous measures to deal with the Covid-19 situation for people renting shops at its department stores.
“We have discussed the issue with related persons for designing a plan to tackle the virus situation, and are also updating renters about the situation periodically,” a company statement said.
CPN has also organised several campaigns to stimulate public spending at its department stores, according to the statement.
In addition, the company is regularly cleaning and sterilising its department stores nationwide to boost customer confidence. “We have ordered relevant staff to sterilise numerous points every hour,” it pointed out.
CPN also screens its employees for Covid-19 infections, and is informing people on safety at its department stores, the statement said.
The tenants can contact 02-021-9999 or the department stores’ offices for further information regarding rent issues and other support, it added.
Meanwhile, real estate economist Samma Kitsin suggested that the two sides, landlords and tenants, should together find a way out during the current crisis.
“I do not think the landlords would benefit if small shop owners shut their shops or booths at the department stores. We have seen 20-30 per cent of shop owners having to close in some community malls, resulting in landlords themselves having business difficulties,” he said.