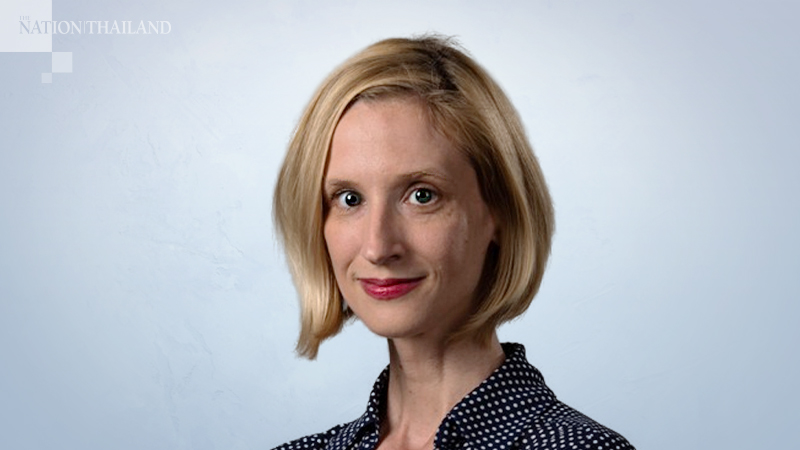 Monica Hesse is a columnist for The Washington Post's Style section

By now the pandemic has touched your own little cubby of the universe: your own Costco, bereft of hand sanitizer; your own gym, where spin classes have been canceled until further notice. It's infiltrated your to-do list. I stood near a tired-looking mother Thursday at the supermarket while her small daughter asked whyyyy they had to be there, and the mother said, "I told you, to get ready for the emergency," and the daughter said, "Is it tonight?" and the mother said, "that's a good question,"

Is the emergency happening tonight? Is it happening now? Your answers to those questions will depend on how many pallets of toilet paper you currently have in your pantry. When apocalypses seem imminent, rolls of toilet paper unspool into the yardage by which Americans measure panic. We can imagine no scenario worse than the world ending while our pants are around our ankles.

On Thursday, Walmart, Target and Amazon's online marketplaces were all out of stock, or close to it, and brick-and-mortar stores set limits of packs per customer until they ran out, too. An Australian newspaper printed eight extra blank pages, advertised as "emergency toilet roll."

So, when you went to the store, did you buy all the toilet paper? Did you shove 36 megarolls into your cart, and then smush in 36 more, because your primary concern, in all of this mess, was saving your own butt?

Or, did you stand in the aisle and do the math: How much toilet tissue is already in your linen closet, times the number of butts living in your house, divided by how long you think this apocalypse will last.

Did you also factor in the number of butts (and hands, and hearts, and lungs) in your town, your state, your time zone? Was your math simple, or was it made complex by a sincere belief that, just as public health depends on herd immunity, public sanity depends on herd empathy - meaning, you acknowledge everyone else's rear end is also on the line?

My job is to write about gender, and I've spent days trying to think of what that might mean in a pandemic. Men, dying at higher rates than women, at least in early reports from China? Women, bearing the brunt of extra child care and housework caused by closings, not to mention being the front lines of nursing and home health care? Men, who, at a rate of 69 percent, apparently do not regularly wash their hands in public bathrooms? The long social history that apparently led to this hand-washing gap, with century-old ad campaigns imploring women to be "modern health crusaders"?

If you want to get really deep into the most woo-woo of gender stereotypes: on Wednesday you could have watched President Donald Trump talk about using "tough measures," "vigilance" and "authority" to "defeat" the virus. And then you could watch former Democratic presidential candidate Marianne Williamson talk about the "infinite love" necessary for "healing" the world of the virus. She ended her guided meditation by staring into the camera and whispering, "Go wash your hands." Maybe there's something to be said about the language of combat versus the language of cooperation - how they reflect masculine and feminine tropes and whether one is better suited than the other to the kind of war we're now in.

In truth, though, there is only one division that matters in a pandemic, and it is not gender.

It is whether you believe you deserve to hoard all the toilet paper.

Hoarding all the toilet paper means one of two things: One, you think you are genuinely more worthy of comfort, and if other people wanted to be comfortable then they should have bought all the toilet paper first. Two, it never even occurred to you that, if you buy everything, someone else is going to come in - someone who had a different work schedule, or was waiting to get paid - and they will not be able to buy anything.

The medical historian Frank Snowden gave an interview to the New Yorker recently about pandemics and epidemics and what they all mean for societies. "Epidemics are a category of disease that seem to hold up the mirror to human beings as to who we really are," he told the magazine. "They show the moral relationships that we have toward each other as people."

We are in the very early stages of learning how those moral relationships will be revealed in the age of coronavirus. We're still in the double-take period, the that's-a-good-question period. Disneyland only just closed. The Kennedy Center only just closed. The NBA only just suspended its season. Things could get so much weirder and more surreal, as we fight to put aside our own comfort and think of the older, the sicker, the weaker among us. The time of making calculations are just beginning. Will your math be simple, or complex?

Monica Hesse is a columnist for The Washington Post's Style section and author of "American Fire."