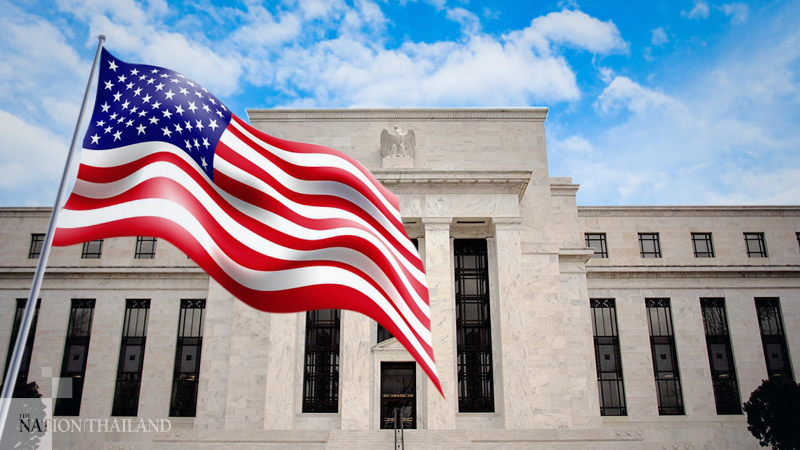 WASHINGTON - The Federal Reserve announced on Sunday that it would drop interest rates to zero and buy at least $700 billion in government and mortgage-related bonds as part of a wide-ranging emergency action to protect the economy from the impact of the coronavirus outbreak.

The moves, the most dramatic by the U.S. central bank since the 2008 financial crisis, are aimed at keeping financial markets stable and making borrowing costs as low as possible as businesses around the country close and the U.S. economy hurtles toward recession.

The Fed, led by Chair Jerome Powell, effectively cut its benchmark by a full percentage point to zero. The benchmark U.S. interest rate is now in a range of 0% to 0.25%, down from a range of 1% to 1.25%.

In addition to rate cuts, the Fed announced that it is restarting the crisis-era program of bond purchases known as "quantitative easing," in which the central bank buys hundreds of billions of dollars in bonds to further push down rates and keep markets flowing freely. The Fed is also giving more-generous loans to banks across the country so they can turn around and offer loans to small businesses and families in need of a lifeline.

"Economic policy experts must do what we can to ease hardship caused by the disruption to the economy," Powell said in a 42-minute conference call Sunday evening. "We are prepared to use our full range of tools to support the flow of credit to households and businesses."

Powell said Fed leaders met Sunday afternoon because they anticipate a "significant effect" on the U.S. economy in the coming months, including negative growth in the second quarter. Their goal is to do all they can to help the nation "weather this difficult period" and "foster a more vigorous return to normal once the disruptions from the coronavirus abate," he added.

President Donald Trump, who has been relentlessly pushing the central bank to take more action, congratulated the Fed and said its decision to lower interest rates "makes me very happy."

In the coming months, the Fed will purchase at least $700 billion more in bonds as part of its new quantitative easing. The majority of the buying, at least $500 billion, will be U.S. Treasury bonds. The rest will be mortgage-backed securities, an effort to stabilize home loans.

The Fed's actions Sunday come on the heels of an emergency interest rate cut on March 3 and a large $1.5 trillion injection into the bond market last week to ensure sufficient liquidity.

The ultra-low interest rates are expected to remain until the U.S. economy recovers from the coronavirus downturn.

"The [Fed] expects to maintain this target range until it is confident that the economy has weathered recent events," the central bank wrote in a statement.

Layoffs have already begun across the country as large and small businesses see a dramatic decrease in sales. The Dow Jones industrial average remains in bear market territory after the swiftest 20% plunge in U.S. stock market history.

By deploying much of its arsenal Sunday, the Fed left open the risk that even these moves would prove inadequate and that it would have to take further measures later on. While the Fed could launch more bond purchases or do other experimental actions to try to drive rates lower, it's not clear what else the Fed could try that would significantly alter the economy's path.

Stock futures slumped after the Fed's announcement with the Dow Jones industrial average set to open down more than 1,000 points on Monday. Such heavy-handed central bank actions can raise concerns that the economy might be in worse shape than even many experts thought.

America's largest banks announced shortly after the Fed move that they will stop repurchasing their shares and use that money to make loans to customers instead. The banks include Bank of America, Bank of New York Mellon, Citigroup, Goldman Sachs, JPMorgan Chase, Morgan Stanley, State Street and Wells Fargo.

"The covid-19 pandemic is an unprecedented challenge for the world and the global economy and the largest U.S. banks have an unquestioned ability and commitment to supporting our customers, clients and the nation," the banks said in a statement, referring to the disease caused by the coronavirus.

In his conference call, Powell tried to emphasize that the U.S. economy was in good shape before the pandemic hit, and he added that he is personally feeling fine and has not felt the need to get tested for covid-19.

"The economic outlook is evolving on a daily basis and it really is depending heavily on the spread of the virus," Powell said. "That is just not something that is knowable."

Trump has urged the Fed to make the nation's interest rates negative, something that has never happened in the United States. Negative rates work by effectively paying borrowers to take out loans and requiring people and businesses that deposit money to pay a fee rather than earn interest. Europe and Japan have tried negative rates with mixed success.

"They are not out of tools, but they've used the biggest tool they have, the interest rate tool, the one that's been proven over the years to work the most effectively," said Donald Kohn, the former Fed vice chair during the 2008 financial crisis. "Even if they did go below zero, they wouldn't be able to go far below zero."

After the Fed cut rates two weeks ago, markets sold off on fears the economy was in a faster dive than originally believed. That appeared to be happening again as stock markets around the world prepared to open sharply down on Monday.

"The Fed and other central banks have gone all out to aid the world economy today," wrote Chris Rupkey, chief financial economist at MUFG Bank. "Some times the massive Fed interventions have generated even more panic selling in the markets as it shows the severity and concern of Fed officials of just how bad the risks are to the economy."

Trump has been pushing the Fed for days to do more to prop up markets and try to prevent the economy from falling into a recession. But while many economists agree that the Fed can provide needed stability to the economy, they say Congress will need to pass legislation to stimulate growth or provide security as people lose jobs or are forced to stay home.

Most economists have urged Congress and the White House to enact a major stimulus package to protect workers and businesses from collapse. On Saturday, the House passed billions of dollars of additional funding for health care and workers who must stay home.

In addition to cutting interest rates Sunday, the Fed is giving banks the ability to borrow money from the central bank for up to 90 days, a big jump from the mostly overnight loans that were previously available. Starting Monday, banks can borrow from the Fed at a rate of 0.25%, a massive cut from the 1.75% rate that was in effect before.

The move is meant to help ensure that banks have enough cash on hand to support small businesses and American families as they deal with cash strapped times in the coming weeks.

"This is not just a lifeline for America's banks; it's a long lifeline," said Danielle DiMartino Booth, founder of Quill Intelligence and a former top adviser at the Dallas Fed. "The Fed is trying to say to every small and medium-sized bank in America, 'You have access to funding when you need it.' "

Powell also announced joint action with other central banks around the world.

The Fed is extending U.S. dollar swap lines to other key nations, including Japan, England, Europe, Canada and Switzerland to ensure that those countries have enough dollar reserves on hand. This is another move out of the Fed's 2008 emergency playbook.

Kohn, the former Fed vice chair, said the central bank could still do more bond purchases and possibly take more measures to extend loans to banks. But it would require action by Congress to give the Fed the ability to do more directly for consumers or small businesses.

Treasury Secretary Steven Mnuchin said Sunday that he is in daily conversation with Powell and the two are working hand-in-hand. Mnuchin suggested that he might ask Congress to grant the Fed more tools to help the economy. The sweeping Dodd-Frank legislation scaled back some powers of the Fed and the Treasury. There are calls now to reverse that.

"Certain tools were taken away that I am going to go back to Congress and ask for," Mnuchin said on ABC News' "This Week."

Powell insisted to reporters that the Fed still has sufficient tools to use to help the economy through this crisis and during the recovery once the coronavirus outbreak passes. He said he has not personally asked Congress for more tools.

All but one Fed leader voted in favor of Sunday's extraordinary moves. Cleveland Fed President Loretta Mester preferred to keep interest rates slightly higher, but she was outvoted. The Fed canceled its upcoming Tuesday and Wednesday meeting after the central bank's leader met Sunday by videoconference for several hours.