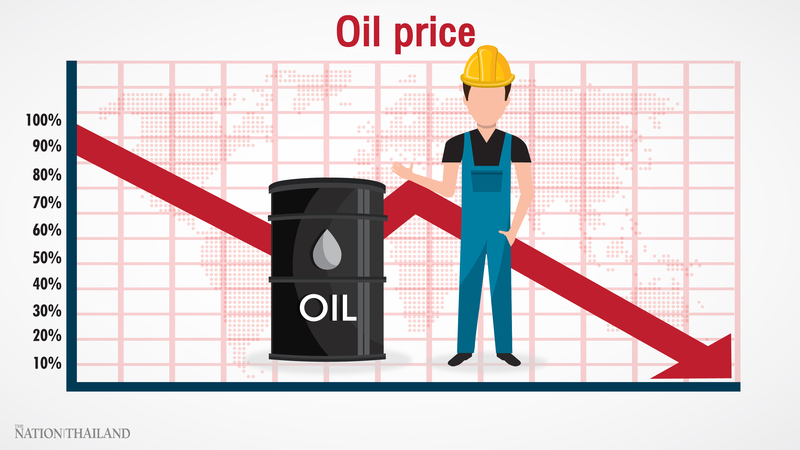 Prices dropped as markets were concerned that a global economic recession would emerge again in this dire Covid-19 situation as a number of governments worldwide decided to lock down cities to tackle the virus.

IHS Markit said the amount of oil in the market might turn to oversupply of between 800,000-1.3 million barrels per day – greater than the oversupply situation at the end of 2015 – after Saudi Arabia and Russia announced they would increase production capacity in April this year, leading to a price war.

US President Donald Trump’s action suspending travel from Europe and the United Kingdom, coupled with the US Federal Reserve’s move to cut the short term interest rate by 1 percentage point to almost zero and go in for quantitative easing bond purchases with a limit of US$700 billion (Bt22.2 trillion), would pressure oil demand.

Benzene fuel prices dropped lower than those of Dubai crude oil as benzene demand tended to come under pressure after many governments decided to lock down cities.

Diesel fuel prices dropped lower than those of Dubai crude as the market was concerned that diesel demand would drop due to an economic recession cause by the coronavirus spread.