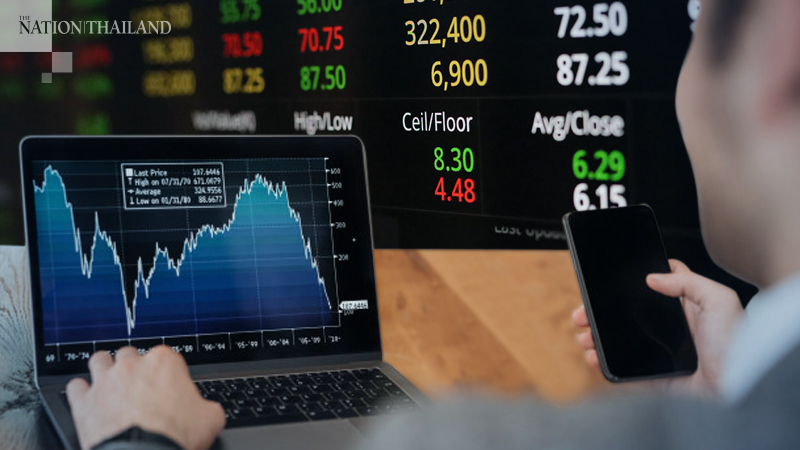 The Philippine stock exchange chief said he plans to reopen the $188 billion market on Thursday, seeking a quick resumption of trading after the country became the first to shut financial markets in response to the widening coronavirus pandemic.

The controversial move to halt trading came amid mounting speculation that other countries may take similar measures as stocks around the world plunge on fears of a global recession. While Sri Lanka joined the Philippines in shutting its bourse, markets including the New York Stock Exchange have issued statements this week saying they plan to stay open. Chinese markets were shut during an extended Lunar New Year break at the end of January, but they've since been operating as normal even as the outbreak spread.

The Philippine closure of equity, currency and bond markets took effect Tuesday, following President Rodrigo Duterte's decision on Monday to widen a month-long lockdown of the capital region to cover the country's main Luzon island, home to at least 57 million people. The bourse is targeting a reopen on Thursday, Ramon Monzon, the Philippine Stock Exchange's chief executive officer, said in an interview on Bloomberg TV.

"If we were given the chance to articulate our position we would have requested that we don't be included in the closure," Monzon said, adding that the capital market's closure was just "an oversight" by government. "Even if the market drops it is better to be open and have that transparency."

The Bankers Association of the Philippines targets to re-open trading of foreign exchange and bonds on Wednesday and are awaiting approval from the government. "We hope that the FX and fixed income markets can re-open tomorrow. That would allow our economy to continue to function in these challenging times," BAP President Cezar Consing told Bloomberg News in an email.

Separately, central bank Governor Benjamin Diokno said the monetary authority is leaning toward a 50 basis point interest-rate cut at its scheduled meeting on the same day.

Philippine equities have tumbled more than 30% this year, among the biggest declines in Asia. A U.S.-listed exchange-traded fund that tracks the Philippine market sank by a record 19.5% on Monday after the bourse announced it was shutting.

"This restricts the exit mechanism so it won't be taken kindly by investors who don't like their flow of funds constrained," said Manny Cruz, strategist at Papa Securities. "What the market would do when trading resumes depends on the state of global markets. We will see a sharp selloff if the global weakness continues and a sharp rebound should there be a recovery worldwide."

Shutting markets during times of crisis is extremely rare but not without precedent. America's stock market closed for almost a week after the 9/11 terrorist attacks in 2001, while Hong Kong halted trading in the wake of the Black Monday crash in 1987. Greece shut its stock market for about five weeks in 2015.

A survey of international investors conducted by the Hong Kong stock exchange in December 1987 found unanimously that the closure had negatively affected the exchange's international reputation and had eroded confidence in the Hong Kong market, at least in the short term.

While some commentators have argued that countries including the U.S. should consider temporary market closures, exchanges and regulators have mostly downplayed or rejected the idea. Bourses in Korea, Indonesia and Singapore said they have no plans to shut trading, while Australia's exchange said it and market regulators "have a range of measures, some of which have already been taken, to maintain the market's orderliness and resilience."

Here's what market participants are saying about the Philippine exchange halt:

"As fewer people are able to participate in the markets, it does expose the market to more volatility. It's a tough situation, and of course it's not desirable. But as a short-term measure it may make sense."

"Given that sentiment is a strong driver for equities at present, one can look at the Chinese market and the extended Lunar New Year holidays as a comparison. The latest shutdown comes in tandem with the lockdown of the capital region and could aid in containment efforts in the short term. If the situation improves, this could work out positively for the market and reduce the volatility in the short term as it did China even if the market returns to some adjustments initially. The drawback would be if the situation continues to worsen, that could see to further panic selling when the market reopens, though current trends does suggest increased social distancing does help with the coronavirus situation."

"Think of it as a circuit breaker on steroids. There is rampant fear at the moment as evidenced by the unprecedented volatility. The enemy is ourselves in that we are really reacting to a loss of control over the situation given that no one really knows how far this can go - just as it was on 9/11. The suspension will hurt those who rely on trading for an income but will provide time for participants to calm down and evaluate the situation rationally. A weekend is hardly sufficient for that."

"I think it is smart move because the market is already in hysteria. Sometimes taking a step back allows investors to rethink their position and digest the flood of information out there. This is a health crisis we are facing and it seems the market reaction has been too exaggerated."