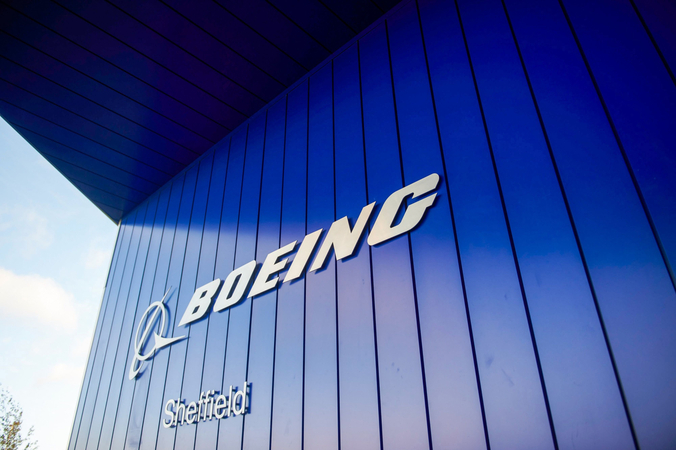 WASHINGTON - President Donald Trump said in a press conference Tuesday that he supports a bailout for Boeing, which has been reeling from the combined economic fallout of the global pandemic and a prolonged safety crisis involving its flagship commercial jetliner.

Without providing details on a bailout package the president said "we'll be helping Boeing," which previously confirmed it was in discussions with top government officials about short-term access to cash. Boeing's stock price has lost 44% of its value in the past five days alone.

Trump alluded to troubles with the 737 Max jet, which has been grounded for more than a year after equipment problems played a role in two deadly crashes.

"It was unthinkable what happened to Boeing.... unthinkable," Trump told reporters. "Probably I would [have] considered it the greatest company in the world prior to a year ago now they get hit 15 different ways. They were doing a getting... it was coming along well and then all of a sudden this hits. So we'll be helping Boeing."

Shortly after the president's comments Boeing published a statement saying there should be a minimum of $60 billion in "public and private liquidity, including loan guarantees" for the aerospace manufacturing industry. The details of a potential bailout have not been announced.

"We appreciate the support of the President and the Administration for the 2.5 million jobs and 17,000 suppliers that Boeing relies on to remain the number one US exporter, and we look forward to working with the Administration and Congress as they consider legislation and the appropriate policies," Gordon Johndroe, vice president of communications at Boeing, said in a statement sent to reporters.

"Until global passenger traffic resumes to normal levels, these measures are needed to manage the pressure on the aviation sector and the economy as a whole," Johndroe wrote.

The company confirmed Monday that it had been in discussions with the "government leaders" about short-term access to public and private funds.

"Until global passenger traffic resumes to normal levels, these measures are needed to manage the pressure on the aviation sector and the economy as a whole," Johndroe wrote.

Boeing's request for public help underscores the dire financial straits the company finds itself in, as dual crises threaten to severely complicate its return to financial health. On March 13, the company drew out the full amount of its $13.8 billion private loan, citing concerns about whether it would have access to cash should the markets worsen. It also completely halted new hires.

The coronavirus pandemic and its related market volatility came at a time when Boeing's business was already vulnerable. The company has struggled to convince regulators that the 737 Max ― the newest version of its best-selling jet ― is safe to fly after two deadly crashes in Ethiopia and Indonesia killed hundreds of people. After Boeing leadership admitted that the jet's flight control systems played a role in both crashes regulators have continued to find problems with the plane, repeatedly pushing back the jet's re-certification timeline. It shut down its 737 Max production lines late last year after experiencing its toughest year in company history.

Boeing has suffered along with the broader aviation industry as travel bans have slowed new bookings. Last week Goldman Sachs analysts predicted there would be 7% decline in air traffic this year that will prompt many airlines to defer purchases of new planes.