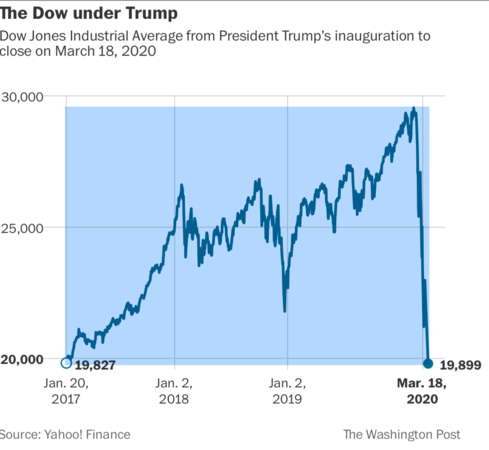 MARKETS-ANALYSIS: Financial experts warned President Donald Trump against taking credit for Wall Street's extraordinary bull run since the beginning of his administration. The foremost reason is that commanders in chief have little actual control over what happens in the markets.

From a purely political standpoint, presidents have tended to avoid claiming too much credit for the markets because stocks that go up inevitably come down. That's a lesson Trump may be learning this week: On Wednesday, the Dow Jones industrial average came within 75 points of his Inauguration Day close. 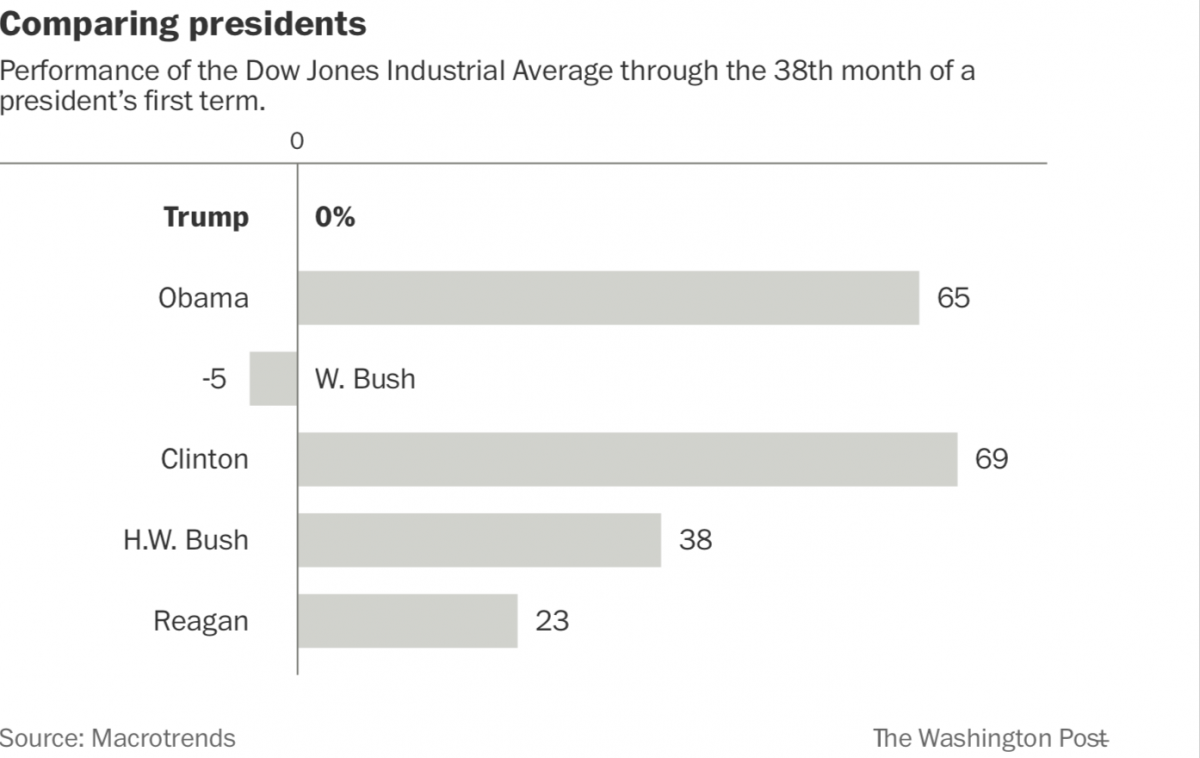 Nearly all of the Trump-era gains, in other words, have been erased.

By comparison, according to investment research platform Macrotrends, the Dow was up 65% at the same point in President Barack Obama's first term. Under President Bill Clinton, it had climbed 69 percent. The only president since Ronald Reagan to see worse market performance at a comparable point was George W. Bush, who was leading the nation through the aftermath of the Sept. 11, 2001, terrorist attacks.

Nearly all of these shifts are due to factors outside a president's control. There are well-documented cases in which a market move can be unequivocally tied to the commander in chief's actions. One of the most recent happened March 11, when Trump's address to the nation caused Dow futures to drop "in real time with virtually each word Trump uttered," as Philip Rucker, Ashley Parker and Josh Dawsey recently put it in The Washington Post.

Stepping away from politics, it is also worth noting that the stock market is a highly imperfect metric for the economy overall. Fully half of Americans own no stocks whatsoever, not even through such retirement accounts as a 401(k). Recent research has shown the media's market obsession creates a portrait of the economy skewed toward the interests of the rich, leaving us with a poor understanding of how middle-class Americans actually are doing.

The reality is the rich are running much of the show. The median U.S. senator is a multimillionaire. Billionaires and the firms they own have an outsize influence on the economy, and market troubles like the ones we're experiencing now have ripple effects that trickle down to decisions about who gets hired and who gets laid off.